Raptors go on the road to face the Warriors

Golden State Warriors are currently number 1 in the Western Conference while Toronto Raptors are #2 in the Eastern Conference.  The Raptors have won straight their last four games, the last one being against the Portland Trail Blazers on Monday, 95-91; while the Golden State Warriors lost by one point to the Cleveland Cavaliers on Christmas Day. The last time the Warriors and the Raptors met was back in November 16 and the Warriors took the victory 127-121 while on the road.

The Warriors are a good team, they have proven so time and time again, and they usually do very well at home, their offensive line is tremendous scoring an average 121.8 points per game at Oracle Arena. Kevin Durant and Stephen Curry leading the way, and Draymond Green doing a great job as an assists leader and rebounding leader the Warriors are coming in as favorites for this game with odds of -9.5.

The Raptors are a well-rounded team, currently 11-3 on the road. Kyle Lowry has had a great season so far. Their offense is strong and their defense is set to guard the 3-point line which is highly important when facing an opponent as Golden State.

Raptors are a difficult opponent for the Warriors, but the Warriors have a history of doing very well after a loss, their struggle is the same as they had last season, they need to work on the bench talent and team effort.

Golden State to win and cover the spread and the over 225.5

Celtics vs. Cavaliers pick against the spread

On Thursday, December 29 the Boston Celtics will travel to the Quicken Loans Arena to meet the best NBA team right now, the Cleveland Cavaliers.

The Cavs are coming from a very important win over the Golden State Warriors as we mentioned previously and although many may think they will be too much for the Celtics to handle, let us be reminded that in their last meet the game was close and ended with a score of 128-122 in favor of the Cavaliers.

The Celtics with point guard Isaiah Thomas and Al Horford Boston has improved its offensive game considerably, but somehow their defensive game has now declined, 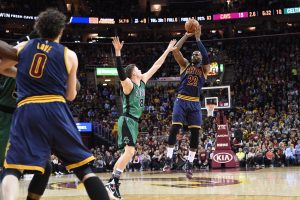 The Cleveland Cavaliers with LeBron James and Kevin Love are a tough team to beat, but they tend to respond only when pressured.

As usual with NBA it’s too early for odds to be posted, but it is natural that the Cavaliers playing at home will be a big favorite.  The Cavs will win but the difference in points will likely be of less than 8, bet on the Celtics plus the points if the line comes out higher than 8.

Place all your NBA action at the best online sportsbook: AceSportsbook.com