Ace Sportsbook
»  Sporting Journal  »  Football  »
Is it Time to Bet the Underdog? Seahawks vs. Jets

One of the most interesting games this week, will the matchup between the Seattle Seahawks and the New York Jets. Even though both teams are facing problems at the moment (then again who isn’t, right?) they both have playoff possibilities. And this should be a great game to watch.

Seattle’s quarterback Russell Wilson’s health is the main concern facing the team at the moment. Wilson has had a rough time the entire season, he injured his ankle in game one, then last week he injured his knee against the San Francisco 49ers. Honestly, he got lucky with just a sprained MCL, after being tackled and bending his leg in a painfully awkward way. Despite his injuries he has not missed a single game and he has been practicing the entire week, but going up against the Jets with a lack of mobility could hinder the team’s performance. 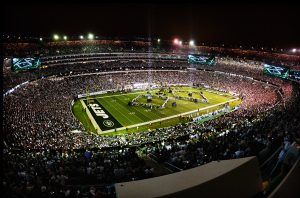 Playing with injuries in both legs could mean Wilson will provide another underwhelming performance like the one he gave in week two, which resulted in a humiliating 9-3 loss to the L.A. Rams, and this time around they will be facing a much better team. The Jets have one of the best defensive lineups in the league; Wilson will have a hard time against defensive ends Muhammad Wilkerson and Sheldon Richardson, who are sure to put a lot of pressure on the injured quarterback.

The ray of hope for Wilson and the rest of the offense is the Seahawks defense, who are ranked No. 1 in total defense allowing only 250 yards per game, and so far, this year, no team has been able to score more than 18 points against them.

As I mentioned before, the Jets are facing their own problems, last week, quarterback Ryan Fitzpatrick had his worst game ever, the Jets got pounded by the Chiefs 24-3, Fitzpatrick had a total of six interceptions in that game, five of them in consecutive drives at the end of the game, if that is not having a bad game day, I don’t know what is.

…are also dealing with a list of injured players, wide receiver Eric Decker has an injured shoulder and cornerback Darrelle Revis hurt his ankle during practice earlier this week. It is not wonder that with so many questionable players, line makers across the world have had a hard time putting up a line for this game. But as always www.AceSportsbook.com was one of the first ones to post it up.

…is still considered the favorite in the game, the line has been posted at -2.5 and the total for the game is 40. Given that both teams have strong defenses I am inclined to go for the under 40 in this game, I doubt either teams’ offence will be able to crush the opposing defense, and neither offence is looking particularly strong coming into this game.

As for the winner of this game I am picking the Jets, if Wilson starts as is expected I don’t believe he will be able to last the entire game, and rookie Trevone Boykin will have a very hard time against the Jets defense.