With a fan base of over 4 billion, soccer is the most popular sport worldwide. Known by some as the “Beautiful Game” soccer’s popularity in America has increased over the last few decades, making it more accessible to a population that suffers from seasonal sports withdrawal. There is always a soccer game somewhere in the world and with Ace Per Head offering lines in the most relevant soccer leagues from around the world you will never have to sit around wondering what to bet on or finding a great game to watch. 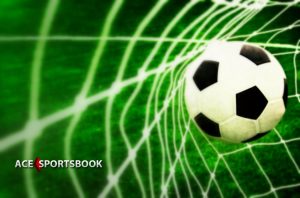 Ace SportsbooK Software offers plenty of options for the avid gambler, with money lines, totals, and tournament series, that will leave you spinning. Ties are common in regular season games so it is common to see 3-way lines in this sport, in very evenly matched games it is always a good policy to bet on the tie as well as your favorite team.

If you are not already part of the 4 billion people who absolutely love soccer, then you need to try wagering on a game or two and you will soon be hooked!

Since we offer multiple betting lines for the same game, please make sure you read the title of the selected line to ensure you have selected the correct odds.

The time to make a move and start focusing on the next great betting market is now, and the best place to get started is:

The Next Great Betting Market 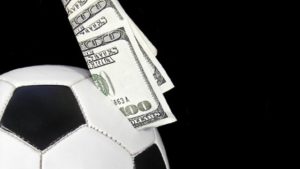 Soccer is slowly gaining ground in the US, while there is still a long way to go to make the sport as popular as football, basketball, and baseball, it is set to become a major contender for TV spot. The reason the sport is set to become the next big ticket item for television networks is that there is a new generation which is currently growing up playing soccer.

The MLS every year is adding fans, and they recently signed an 8-year television deal with ESPN, FOX Sports, and Univision, which means more games will be televised increasing the number of spectators over the next 8 years.

What is largely being overlooked, however, is that the sport is becoming increasingly popular amongst gamblers, every year the volume of bets being placed on both MLS and international matches is increasing, creating great opportunities for bookies.

The best solution for bookies who are looking to capitalize on the sport is to rely on the pay per head soccer lines offered by www.AcePerHead.com, not only are they some of the sharpest lines, the number of leagues catered is unbelievable.

The number of soccer betting markets is one of their biggest selling points, their offering is not limited to 1st division leagues, it extends to 2nd division and in some cases even to 3rd division teams. Another selling point is their live betting soccer offering, it is simply huge!

For bookies, soccer presents a unique opportunity to increase their revenue, the game is played worldwide, you are not constricted to a single season, soccer hosts both summer and winter tournaments meaning there will always be a soccer match being played somewhere in the world. Obviously, the most renowned leagues will be the ones that attract the most bettors; leagues like the Bundesliga from Germany, Italy’s Serie A, the Premier League in the UK, la Liga Española, are among the ones agents can expect to receive higher yields from.

To this, you need to add championship tournaments like the UEFA Champions League, the UEFA European Championship, FIFA’s World Cup, Copa America, Copa Libertadores, Africa Cup of Nations, Copa del Rey and of course Olympic Football (Soccer). When you combine all these what you get is a panorama of infinite profits.

Of course, how much you actually make from soccer betting is largely dependent on the number of players on your sheet that are interested in the sport, your efforts to educate your players and create an interest in soccer betting and of course the quality of your pay per head soccer lines.

The last one is the easiest when you sign up with AcePerHead.com you are guaranteed to have the most solid soccer lines. The experience of their soccer line managers is unrivaled, these guys have been fans of the sport before it was fashionable, and they understand the unique dynamic of the sport, and how it can impact each match.