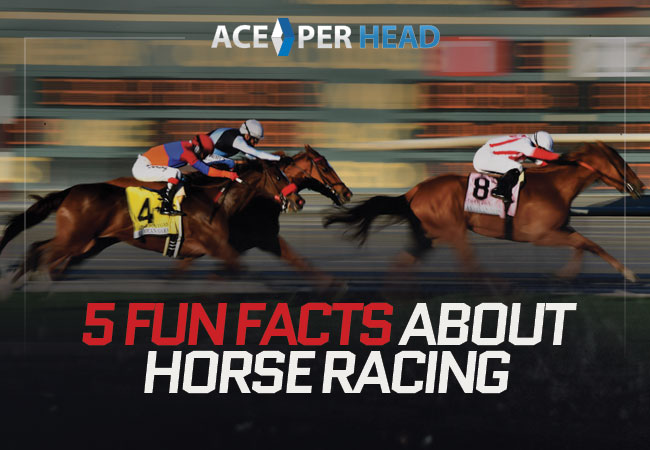 Horse racing has been a popular sport for thousands of years. Today, it is still a popular spectator activity in many countries. The sport’s origins can be traced back to the nomadic tribespeople who lived in Central Asia around 4500 BC. It quickly became a cultural phenomenon across different countries.

Flat racing is the most popular form of horse racing, while other types such as jumps and harness races are also common. Thoroughbreds are the most common type of horse used for racing. The long and varied history of horse racing means there are various little-known secrets about the sport. Here are five that are sure to pique your interest.

In 1605, King James I became very interested in horse racing. Parliament urged him to focus on his duties as the King.

King James then established a royal resort in the town of Newmarket. His son, King James II, then made the area the headquarters of British racing. The sport caught the attention of various members of the royal family.

2. It Generates Billions In Revenue

In the US, horse racing contributes approximately $36.6 billion to the local economy each year. It employs almost 500,000 people. Many of them are jockeys, trainers, and food workers.

3. Horses Can Start Racing At As Young As Two Years Old

Most thoroughbred racehorses start their racing careers when they are two years old. It is not unusual for top racehorses to retire after only two or three years of racing.

4. All Horses Have The Same Birthday

One of the most common rules that govern the racing season is that horses must be at least three years old before they can compete in major races. For instance, the Kentucky Derby requires that the horses be three years old.

In the Northern Hemisphere, many horse breeding facilities allow their animals to be born close to January 1. This allows them to develop and mature before they start racing.

A horse’s gestation period is usually 11 months. During this period, many breeders used lights to trick their animals into thinking that it was spring. They hope that this will allow them to have foals sometime between January and March.

5. All Thoroughbreds Names Are Approved By The Jockey Club

The Jockey Club approves the names of racehorses that their owners submit. Many owners go through a lot of thought and effort when naming their horses.

Get Started With A Horse Betting Platform With Ace Per Head

If you’re looking to start a bookmaking service, Ace Per Head offers an extensive range of pay-per-head services to get you started on the right foot. Our experts have developed robust strategies to help your online casino, racebook, or sportsbook reach new heights.

Don’t lose control by joining the wrong pay-per-head software—enjoy complete control over the limitations, rules, and lines you want.

Contact us today to discuss your needs, and we’ll make it happen within your budget!