MLB Wildcard Race – Who is Still in the Running

As we enter the last month of regular season baseball, the close race for the wildcard spots is sure to intensify, making this the most exiting month in baseball.

First let’s recap the current division leaders, then we will take a closer look at who the runner-up’s are and what their chances for a post season appearance could be.

Starting with the American League, the division leaders are:

Toronto Blue Jays. With a current record of 76-57 they have won 6 out of their last 10 games

Texas Rangers. The league leaders with 80-54 they have won 7 out of their last 10 games. 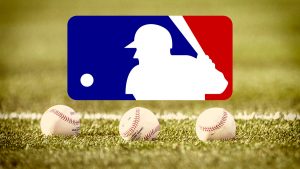 The Boston Red Sox, are very much a contender right now, with a record of 74-59 they are only 2 games behind Toronto and they have the potential to catch up to them. They currently have in their roster 2 potential MVP players, Outfielder Mookie Betts and designated hitter David “Papi” Ortiz. Not to mention they also lead the MLB in runs.

The next team in the running is the Baltimore Orioles with 72-61, the Orioles have a stellar pitching team, even their relievers are good and have proven that they are capable of handling long innings, this is clearly an advantage. However, they seem to have slipped somewhat as of late, they are 50/50 in their last 10 games which for a team as good as Baltimore is disappointing.

And the last team in the AL wildcard race are the Detroit Tigers, they are currently tied with Baltimore at 72-61, but unlike the Orioles, the Tigers have stepped up their game, having won 8 out of their last 10 games, so watch out Baltimore!

Moving on to the National League, these are the current division leaders:

Chicago Cubs. The undisputed MLB leaders are currently an impressive 85-47 with a PCT of 0.644 and they don’t seem to want to slowdown either, they have won 7 of their last 10 games. Could this be the year they finally break their curse?

The wildcard race in the National League is not as close as the one in the American League, here we have two clear contenders although anything can happen from here to October 2nd.

The San Francisco Giants, as I mentioned earlier were the NL West leaders up until a couple of weeks ago when they hit a slump and were surpassed by the Dodgers, but the Giants are a more talented team overall and with pitching duo Madison Bumgarner and Johnny Cueto they are a force to be reckon with and I expect them to break away from this slump and retake their leadership position in the coming weeks.

And the last team fighting for a spot in the postseason are the St. Louis Cardinals. The Cardinals have been a part of postseason MLB 12 out of the last 16 years including the last five seasons, so they have the experience required and they are one of the best offensive teams in the league so I’m sure we will see them in the playoffs.

Make the best of the last month of regular season MLB by visiting AceSportsbook.com.