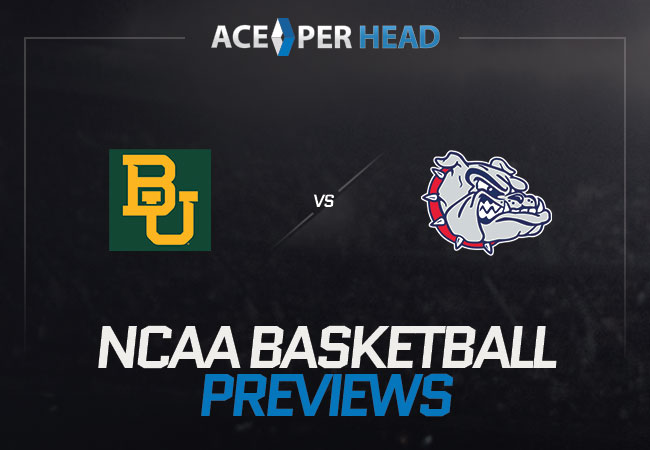 The night you all have been waiting for is here, this Monday the Baylor Bears take on the Gonzaga Bulldogs at Lucas Oil Stadium to battle it out for the NCAA National Championship.

The Gonzaga Bulldogs are going into this game as the favorites, and they are playing with an undefeated record of thirty-one wins, and zero losses so far in the Big Dance. The Bulldogs are committing sixteen fouls a game, while they are shooting seventy-three percent from the free-throw line. The Zags are producing an average of nineteen assists a game, which has them at second best in the league for assists. Gonzaga is losing the ball an average of twelve times a game while they force fifteen turnovers in a contest. Overall the Bulldogs have amassed 2,841 points this season and are averaging ninety-two points per game. They are averaging thirty-eight points per game, and have given up an average of thirty rebounds a night to their opponents. On offense, the Zags are connecting on fifty-five percent of their shots from the field. Then on defense, they are giving up sixty-nine points per game, allowing opponents to record twelve assists, and 207 shots from three-point land. What Are Some Pay Per Head Services and Products?

Also, they have let the opposition hit seventy percent of their free throws, and shoot forty-two percent from the floor. The last time they took the court the Bulldogs took on the UCLA Bruins and Gonzaga won by the score of ninety-three to ninety. It was a wild and emotional game when in the final seconds of the game UCLA tied it up in overtime only for Jalen Suggs to drain a three-point buzzer-beater to steal this victory from the Bruins in true Big Dance form. The Bulldogs grabbed twenty-three rebounds in this contest, then they turned the ball over to the competition ten times, and collected eight steals. Gonzaga went to the free-throw twenty times and they drained twelve attempts. Then from three-point, the Zags went seven for twenty-one, and when all was said and done the Zags converted thirty-four out of fifty-nine tries from the floor. Then Bruins netted thirty-four from the field, eight from three-point range, and fourteen from the line. Then off the glass, the Zags gave up thirty-one rebounds to UCLA off the glass. A key player for Gonzaga was Drew Timme who put up twenty-five points, four rebounds, and two assists. How Pay Per Head Services Is Beneficial to Bookmakers.

When the buzzer went off he went eleven for fifteen for a shooting rate of seventy-three percent in his thirty-eight minutes of playing time. Another impact player was Joel Ayayi he put up twenty-two points, six rebounds, and two assists in his effort for the Bulldogs. Ayayi went nine for twelve from the floor, in his forty-two minutes of playing time. Baylor is currently playing with a record of twenty-seven wins, and two losses this season. This Baylor team has hit 289 shots from three-point land, netted seventy percent from the free-throw line, and forty-nine percent from the field. The Bears are averaging eighty-three points per game which is the sixth-best in Division 1 Basketball. This team is losing possession of the balls twelve times a game, and they are committing seventeen fouls a night. As a unit, they are pulling down thirty-six rebounds a game off the glass, while they give up thirty-two rebounds to the opposition. So far this season they have amassed 489 assists, while their opponents have amassed 352 assists total. On defense, Baylor is forcing seventeen turnovers a game, as well as drawing sixteen fouls a game. They have relinquished thirty-three percent of shots from three-point range, also they have allowed 686 of their opponents’ shots from the field to be drained, and are averaging sixty-five points per game. Check the Best Bookie Guidelines Online.

The last time Baylor took the court they played against the Houston Cougars and beat them seventy-eight to fifty-nine. The Bears went twenty-nine for fifty-five from the floor and drained eleven three-pointers while going nine for thirteen from the free-throw line. They collected twenty-eight rebounds off the glass, grabbed six steals,  forced ten turnovers, and dished out twenty-three assists. On defense Baylor let Houston record ten assists, and four steals. While they collected twenty-five rebounds and five blocks. Houston ended the night draining six from three-point land and going eleven for sixteen from the free-throw line. A key player for Baylor was Jared Butler who put up seventeen points and went six for nine shooting while also collecting five rebounds, and four assists in his thirty-three minutes of playing time. Another role player for Baylor is Davion Mitchell, he amassed twelve points, eleven assists, and two rebounds in his thirty-six minutes on the court. When all was said and done he ended the game shooting four for eleven, and thirty-six percent from the floor. Both of these teams have had phenomenal seasons, and have crushed it during this March Madness. Essential Bookmaker Software for Gambling Businesses.

This game is sure to be an action-packed one, and at Ace Pay Per Head our pick to win this game against the spread is going to the Baylor Bears.