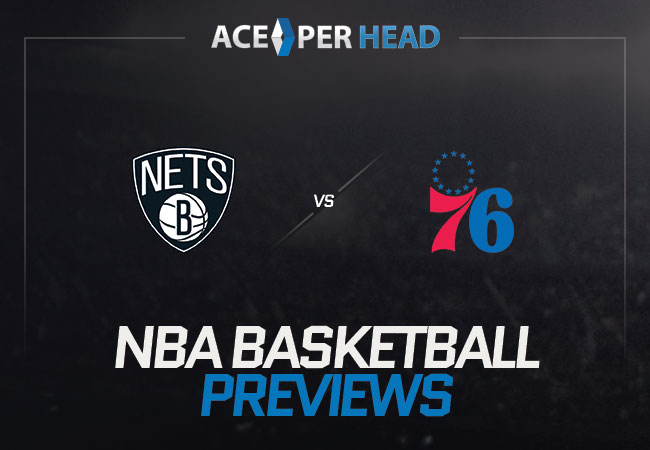 The Philadelphia 76ers are set to host the Brooklyn Nets at the Wells Fargo Center, for some Wednesday night East Coast basketball action.

The Philadelphia 76ers are going into this contest as the underdogs, and a record of thirty-seven wins, and seventeen losses. So far this season the 76ers have netted 5,850 points as they are averaging 108 points per game. They are collecting an average of forty-two rebounds per game, they are also committing twenty fouls a game, and they are draining seventy-six percent of their shots from the free-throw line from the field they are hitting forty-five percent of their shots, which is the twenty-seventh best in the league. Philadelphia is averaging twenty-three assists per game, as well as fifteen turnovers a contest. On defense, the 76ers are conceding 108 points per game to the opposition, which is seventh in the NBA. They have also been giving up an average of forty0two rebounds, and twenty-three assists a game. On shots from a three-point range they have given up 637, forty-five percent from the field, and from the free-throw line, their opponents are hitting seventy-six percent of their shots. Lastly on defense, they are forcing teams to turn the ball over fifteen times a game. The last time the 76ers took the court they beat the Dallas Mavericks 113-95. The Sixers grabbed forty rebounds and lost forty-six rebounds to Dallas. They lost possession of the ball nine times and recorded nine steals. The 76ers took a trip to the line thirty-three times, and they were able to drain twenty-three of those tries. From three-point land, they drained twelve shots, and from the floor, they went thirty-nine for eighty. The Mavericks amassed nine three-pointers, sixteen for twenty from the free-throw line, and went thirty-five for eighty-three from the field. A key player for the 76ers was Joel Embiid he was huge for them in this game, he went ten for seventeen and shot fifty-eight percent. He put up thirty-six points, seven rebounds, and two assists in his twenty-five-minute tenure on the court. Another key player was Tobias harris, he put up ten points, four rebounds, and four assists in his twenty-seven-minute tenure for Philadelphia. The challengers the Brooklyn Nets are currently playing with a record of thirty-six wins and seventeen losses, they have a very similar record to the 76ers. So this game looks to be an evenly matched one that’s sure to be exciting. Bookies Services.

The Nets are averaging 114 points per game which is the seventh-best in the NBA. They have hit 689 shots from three-point land, forty-six percent of their shots from the floor, and are hitting seventy-seven percent of their shots from the three-point line. Brooklyn has pulled down an average of forty-two rebounds per game and has dished 1,303 assists to their teammates. Brooklyn is losing possession of the ball thirteen times a game and is fouling nineteen times nightly. On defense, they are forcing their opponents to turn the ball over thirteen times a game, and are drawing eighteen fouls from their opposition. From beyond the arc, they give up thirty-seven percent of shots, then 671 from the field, and are conceding 114 points nightly, making them twenty-fourth in the league for points allowed. Lastly, off the glass, the Nets are giving up forty-two rebounds per game, and have given up a total of 1,300 assists to their opponents. The last time Brooklyn took the court they lost to the Los Angeles Lakers 126-101. Brooklyn drained thirty-five percent from FG range, five from three-point land, and went twenty-six for thirty from the free-throw line. The Nets grabbed forty-two rebounds, dished nineteen assists, recorded six steals, and forced fourteen turnovers in this game. On defense, they let the Lakers go forty-seven for ninety-three from the floor, drained nineteen from three-point land, and thirteen for twenty from the free-throw line. Top Bookies Services Online.

Lastly, Los Angeles collected forty -seven rebounds, thirty assists, twelve steals, and ten blocks against the Brooklyn Nets in this contest. The man for the Brooklyn Nets in this game was Kevin Durant he put up twenty-two points, going eight for seventeen in his twenty-four minutes on the court. Durant ended the night with seven rebounds, and five assists on top. Another star for Brooklyn was Kyrie Irving, he amassed eighteen points and four rebounds in his twenty minutes on the court. When the final buzzer sounded Irving went six for eleven, shooting fifty-four percent from the floor. The Philadelphia 76ers and the Brooklyn Nets are two of the best teams in the East, and their records are neck and neck. Will Philadelphia stay hot or will Brooklyn put them to a halt, and establish dominance in the East.

At Ace Per Head.com our pick to win this NBA game against the spread is going to the Philadelphia 76ers. Tips for Online Bookies.