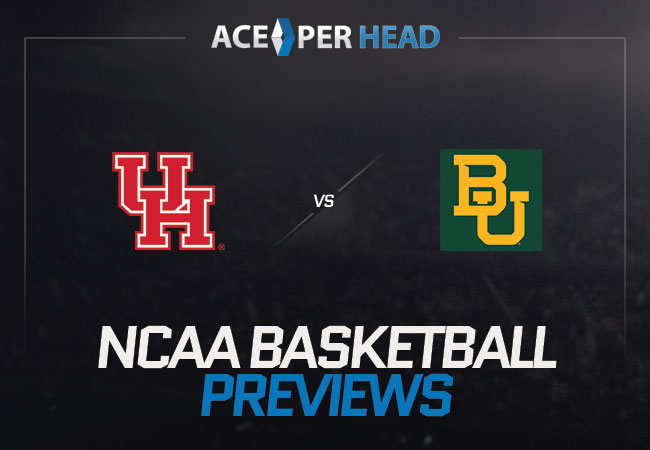 After an exciting Elite Eight round it’s time for the Final Four, as the Houston Cougars are set to take on the Baylor Bears to fight for a chance at the NCAA Championship.

Baylor is going into this matchup with a record of twenty-six wins, and two losses and they are the favorites to win this game. On offense, the Bears are shooting forty-eight percent from the floor, and they have put up an average of eighty-three points per game. They have collected thirty-six rebounds, while as a unit they are giving up thirty-two rebounds per game. They are dishing seventeen assists per game, and are losing possession of the ball twelve times a game. Sports Betting Rules: 5 Key Things to Know About Sports Betting.

The Bears are committing seventeen fouls a contest, and are draining seventy percent of the shots they hit from the free-throw line. On defense the Baylor Bears have given up sixty-five points per game, they are also forcing seventeen turnovers a game. They let their opponents shoot forty-three percent from the line,  174 total shots from three-point land, and sixty-nine percent from the free-throw line. Also, they are giving up twelve assists per game while on defense. The last time the Baylor Bears took the court they took on the Arkansas Razorbacks and beat them by the score of eighty-one to seventy-two. The Bears grabbed twenty-six rebounds while giving up thirty-one to Arkansas off the glass. The Bears turned the ball over eight times and recorded nine steals in total. Baylor went to the line seventeen times, and they hit thirteen from the line. Then from beyond the arc, the Bears went eight for fifteen, and lastly, the Bears went thirty for sixty-two from the floor. The Bears gave up twenty-six from the floor to the Razorbacks, as well as three from three-point land, and went seventeen for twenty-three from the free-throw line. How To Run a Sports Betting Website That Players Love.

A key player in this game for Baylor was MaCio Teague who went hard for the Bears, he went eight for eighteen for a shooting percentage of forty-four percent. He amassed twenty-two points and five rebounds in his thirty-seven minutes on the court. Another key player for the Baylor Bears was Jared Butler, he put up fourteen points, five assists, three rebounds in his thirty-three minutes of playing time. Butler went four for eleven shooting thirty-six percent from the field. The Challengers the Houston Cougars are going into this next game with a record of twenty-eight wins, and three losses. So far this season they are averaging eleven points per game, and they have eighteen fouls per game as well. This Houston team is collecting an average of forty-one rebounds nightly, and a total of 436 assists this campaign si far. The Cougars are hitting thirty-five percent on shots from beyond the arc with a total of 285 this year, then they are hitting forty-four percent of their shots from the field, and are giving up seventy-six points per game which is the fifty-sixth best in the nation. The Ultimate Guide to Online Sportsbook Software.

On defense, the Cougars are forcing fourteen turnovers a night, and they are drawn seventeen fouls as well. They have relinquished thirty-one rebounds, and 310 assists this season. They have given up 592 from the floor, twenty-eight shots from beyond the arc, and are ranked second in college basketball for points per game allowed with fifty-seven per game. The last time the Cougars took the court they beat the Oregon State Beavers, sixty-seven to sixty-one. Houston shot thirty-two percent from the field, going twenty for sixty, then from three-point range, and they went sixteen for twenty-four from the free-throw line. The Cougars grabbed thirty-eight rebounds, while they gave up twenty-seven rebounds in total to the Beavers. Houston also dished seventeen assists, forced nine turnovers, and collected six steals. On defense, Houston allowed Oregon to go twenty-two for forty-seven from the floor, six for sixteen from three-point range, and drained eleven at the free-throw line. Oregon State also amassed four steals, fourteen assists, and one block in this contest. Sports Betting Industry: 10 Key Things to Know About Sports Betting.

A key player for the Cougars was Marcus Sasser, he amassed twenty points, four rebounds, and two assists. He shot five for nineteen in this contest for a total shooting percentage of twenty-six percent, while playing thirty-four minutes. Then another role player for this Houston team was Quentin Grimes, he put up eighteen points, four assists, and two rebounds in his thirty-six-minute tenure in this game. At the end of the game, Grimes shot five for fifteen, shooting thirty-three percent from the floor. The Baylor Bears seem confident going into this Texas Showdown, but the Houston Cougars have been playing tough and with tenacity. They definitely have what it takes to move on to the Championship they just need to show up and be savages on the court.

At www.AcePerhead.com our pick to win this game against the spread is going to the Houston Cougars.