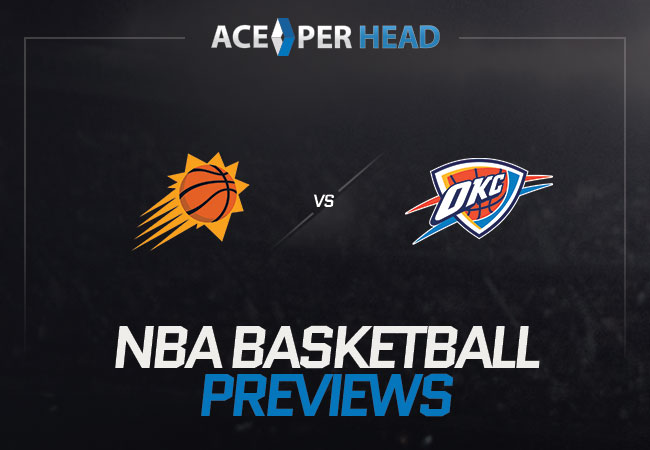 This Friday the Oklahoma City Thunder head to Arizona to battle the Phoenix Suns for some NBA action.

The Thunder are going into this contest with a record of twenty wins, and twenty-seven losses. That record doesn’t look too good at first but its way better than they have been in the past, and way better than most teams in the league right now. The Thunder have amassed numerous draft picks over the years, and they have done so while keeping essential players. Shai Gilgeous-Alexander has been the man for this team during his breakout season. But then he suffered an injury, then Al Horford was benched for the rest of the season. Sviatoslav Mykhaliliuk was a crucial player for OKC, he amassed twenty-two points, nine rebounds, and went nine for fourteen shooting in his thirty-five minutes on the court. But Theo Maledon, Moses Brown put up twenty points, twelve rebounds, and went six for ten shooting in his thirty minutes on the court. As well as Isaiah Roby have all been killing it for the Thunder while those guys are out. Sports Betting Industry: 10 Key Things to Know About Sports Betting.

his OKC Thunder team is in a good spot for the future, due to their draft assets and cap space they will be an exciting team to watch. The hosts the Phoenix Suns go into this matchup as the favorites in this contest and are currently playing with a record of thirty-three wins, and fourteen losses and they have just come off of a win from the Chicago Bulls. It wasn’t the smoothest victory for the Suns, but Devin Booker went off netting forty-five points in this contest, as well as four rebounds, and four assists shooting seventeen for twenty-four in his thirty-five minutes of playing time. The Ultimate Guide to Online Sportsbook Software.

This team has taken giant steps this season, that recent win was their fourth in a row and their seventh victory in their last eight games. The Phoenix Suns went from zero to hero, now holding the best NBA record over the last thirty days. Also since adding Chris Paul they have become a scary team to face because they are the Wildcard of the league. Paul has changed the culture on this team and has also changed their defense. Paul ended the night with nineteen points, fourteen assists, and grabbed three rebounds in his thirty-two-minute tenure. Paul went seven for thirteen from the floor for a percentage of fifty-four percent. The Suns are currently ranked in the top ten in the NBA for defensive efficiency, and points allowed per game. In previous years the Phoenix Suns were on the complete opposite end of those statistics. The Oklahoma City Thunder and the Phoenix Suns played on January 27th, and OKC won 102-97. How To Run a Sports Betting Website That Players Love.

The Thunder have been dominant over the Suns in years past having won nine out of their ten most recent games. At Ace Pay Per Head dot com our pick to win this game against the spread is going to the Phoenix Suns and to take the Under.