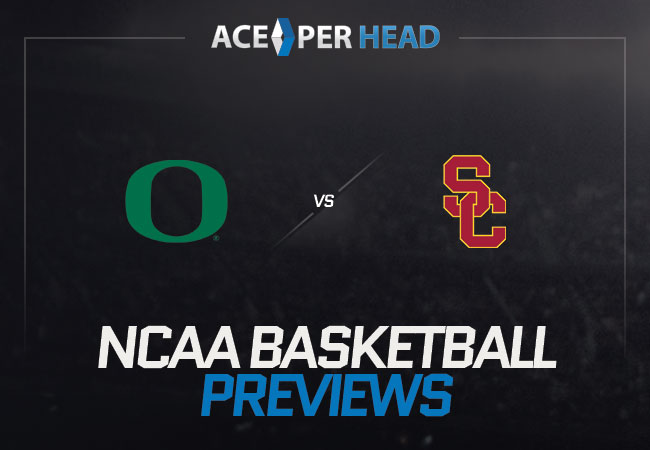 The Oregon Ducks are set to take on the USC Trojans at Bankers Life Fieldhouse to battle it out in the Sweet Sixteen round of the Big Dance.

USC is playing with a record of twenty-four wins, and seven losses so far. They have drained 2,325 points for an average of seventy-five points per game. For rebounds, they are collecting thirty-nine rebounds per game, while they are giving up thirty-two total rebounds per game. the Trojans have committed fifteen fouls a game, and when it comes to shooting from the free-throw line they are hitting sixty-four percent of the shots they take. They are shooting forty-seven percent from the floor, which is ranked the fifty-third best in college basketball. They are assisting their teammates fourteen times a match, while they are turning the ball over an average of twelve times a game. On defense, the Trojans defense is ranked fortieth in NCAA Basketball for points per game allowed with an average of sixty-four. Some Basic Truths About Sports Bookies.

The last time the USC Trojans took the court they beat the Kansas Jayhawks by the score of eighty-five to fifty one I mean the Trojans absolutely decimated this Kansas team. The USC Trojans managed to grab thirty-eight rebounds, while they relinquished twenty-six to the Jayhawks. The Trojans lost possession of the ball thirteen times to the Jayhawks defense, but they recorded three steals for the game. The Trojans took seventeen trips to the free-throw line, and they drained ten of those tries. From three-point land, this USC Trojans team drained eleven attempts. Then they shot thirty-two for fifty-six from the floor. On defense, they allowed the Kansas Jayhawks to go eighteen for sixty-two from the field, six for twenty-five from the three-point range, then nine for twelve from the free-throw line. A key player for this USC Trojans team is Isiah Mobley who went hard in the paint all game. He went six for fourteen, grabbed eight rebounds, four assists, and seventeen points for his thirty-one-minute tenure in this game. Another key play for the Trojans was Isaiah White, in his one twenty-one-minute performance on the court he put up thirteen points, going five for seven shooting seventy-one percent from the floor while recording one assist. Oregon is going into this matchup with a record of twenty-one wins, and six losses this season, they are going into this Sweet Sixteen matchup as the underdogs hopeful to pull the upset. They have been turning the ball over an average of eleven times per game, while they are committing fifteen fouls against the opposition nightly. Oregon is grabbing thirty-two rebounds per game, while they relinquish an average of thirty-one rebounds as a team to the opponents. Then for assists this season Oregon has amassed a total of 374 assists this season, while they have allowed their opponents 364 assists this campaign. This Ducks team is seventy-sixth best in the country at dishing the rock. The Ducks on offense have been quite impressive, they have drained 229 three-pointers, they have shot seventy percent from the free-throw line, and forty-eight percent from the floor. How To Decide The Best Type Of Betting System For You.

The Oregon Ducks are averaging seventy-two points per game as a unit. On defense, this Ducks team is forcing thirteen turnovers nightly, as they are drawing fifteen personal fouls a match. They are letting teams make thirty-three percent of their shots from three-point land, a total of 662 from the field, putting them at fifty-second in College Basketball for points per game allowed with an average of sixty-five a night. The last time the Ducks played they defeated the Iowa Hawkeyes 95-80 in the last round. The Oregon Ducks went home going thirty-eight for sixty-eight from the floor, then going eleven for twenty-five from three-point land, then from the free-throw line the Ducks drained eight of their eleven tries. Then in regards to rebounds, Oregon grabbed thirty rebounds, while they gave up twenty-nine to Iowa. Then with assists, they dished twenty-five assists, while they gave up twenty-two assists to the Hawkeyes. On defense, they forced eleven turnovers and grabbed seven steals. They allowed the Hawkeyes to go thirty-one for sixty-eight from the floor, then draining 10 tries on their fourteen trips to the free-throw line, and lastly hitting 8 out of twenty-five from three-point land. How to Use Sports Betting Advice.

Also, the Iowa Hawkeyes collected seven steals and four blocks from the Oregon Ducks. A key player for the Oregon Ducks is Chris Duarte he was a major role player in this contest, Duarte put up twenty-three points while going nine for twelve. He recorded seven assists and grabbed three rebounds in his thirty-two minutes of playing time. Another key player for Oregon was LJ Figueroa, he was essential for the Ducks in this matchup. In his thirty-minute tenure on the court, he went eight for fourteen putting up twenty-one points. Figueroa shot fifty-seven percent while grabbing seven rebounds, and adding one assist to his stats. Both of these teams are powerhouses in College Basketball and are a force to be reckoned with. At Ace Per Head our pick to win this game against the spread is going to the USC Trojans, and to take the Over. How-to: A Complete Sportsbook Software Guide.