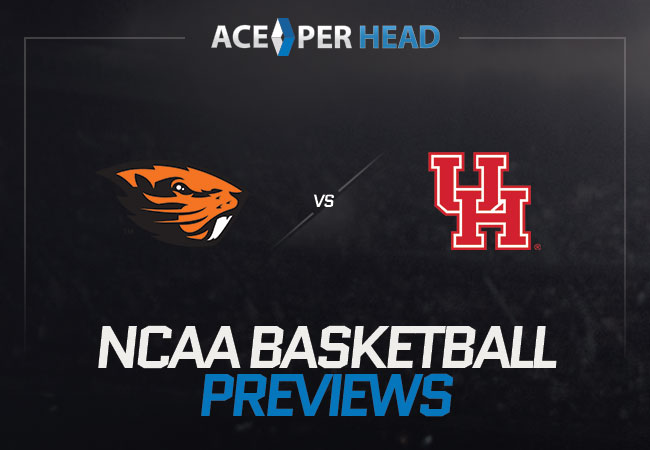 After an action-packed Sweet Sixteen round, it’s time for the Elite Eight, the Oregon State Beavers are set to tip-off against the Houston Cougars for some College Basketball action.

The Houston Cougars are playing with a great record of twenty-seven wins, and three losses so far this season and they are going into this contest as the favorites to win. Houston is committing eighteen fouls a match, and they are hitting seventy-three percent of their shots from the free-throw line. The Cougars are collecting fourteen assists per game and lost possession of the ball eleven times. A Good Bookie Software System Will Help You Win.

Houston has drained 2,308 points so far this season for an average of seventy-seven points per game. They are grabbing forty-one rebounds per game, while they are giving up thirty-two rebounds a game to the opposition. Then on offense, the Houston Cougars are hitting forty-four percent of their shots from the floor, then on defense, the Cougars are second best in College hoops for points per game allowed with an average of fifty-seven per game. Then Houston has allowed 164 three-pointers this season, and their opponents have drained sixty-six percent of their foul shots. Also, the Cougars have given up ten assists, thirty-seven percent of shots from the floor, but they are forcing teams to turnover fourteen times a game. The last time they took the court the Cougars beat the Syracuse Orange62-46. Houston grabbed thirty-three rebounds this game while they gave up twenty-three rebounds to Syracuse, and had seven turnovers while recording eight steals. How Can Online Bookmakers Benefit From Pay Per Head Services?.

The Syracuse Orange got called for seventeen fouls, which got the Cougars sent to the line fourteen times, and they went nine for fourteen. Then seven for twenty-six from three-point land, and twenty-three for sixty from the field. Then the Cougars defense allowed the Orange to go fourteen for fifty from the floor, five for twenty-three from three-point land, and thirteen for seventeen from the free-throw line. Quentin Grimes was a key player for this Houston team, Grimes went five for fifteen shooting thirty-three percent. He put up fourteen points, four rebounds, and one assist in his thirty-two minutes on the court. Another key player for the Cougars was Justin Gorham who went four for six from the floor for a shooting percentage of sixty-seven percent. He put up thirteen points, a whopping ten rebounds, and two assists in his twenty-eight minutes on the court. Oregon State enters this game with a record of twenty wins, and twelve losses, and have made 224 shots from three-point land, shot seventy-seven percent from the free-throw line, and forty-three percent from the field, for an average of seventy-one points per game. They are losing possession of the ball twelve times a game, and as a team is committing nineteen fouls a game. ​How To Lower Your Pay Per Betty Fee And Increase Your Odds Of Winning?

Oregon State is pulling down thirty-four rebounds while losing thirty-three rebounds to opponents and has dished out a total of 466 assists this season.  On defense, the Oregon Beavers forced twelve turnovers a match, and are drawing eighteen fouls nightly. They have given up 743 from the field, twenty-nine percent from three-point range, and allow sixty-eight points per game to opponents which Is ninety-ninth for points allowed in Division 1 Basketball. The last time they took the court the Oregon State Beavers defeated the Loyola Ramblers sixty-five to fifty-eight. Oregon State went twenty-one for fifty-one from the field, then five for thirteen from beyond the arc, and eighteen for twenty from the free-throw line. They grabbed a total of thirty rebounds while losing thirty-one rebounds to the Ramblers. Then they dished thirteen assists, forced eight turnovers, and forced four steals. Then on defense Oregon State allowed their opponents to go eighteen for fifty-four from the field, dish fourteen assists, and collected four steals and four blocked shots from the Beavers. Then they drained five out of twenty-three from three-point land and seventeen out of twenty-four from the free-throw line. Ethan Thompson was a key player for Oregon State, he put up twenty-two points, going six for thirteen, ending the night shooting forty-six percent. What Are the Advantages of Pay Per Head Services?

Also in his forty minutes on the court, he amassed four rebounds and four assists. Then the Beavers had Warith Alatishe who put up ten points, eleven rebounds, and two assists in his twenty-six minutes on the court. When the game ended he went home shooting fifty percent going four for eight. Both of these teams have been dominant this season, and especially in the playoffs so this game should be an exciting one.

Many believe the Oregon State Beavers will pull the upset, but at Ace Per Head.com our pick to win this game against the spread is going to the Houston Cougars.