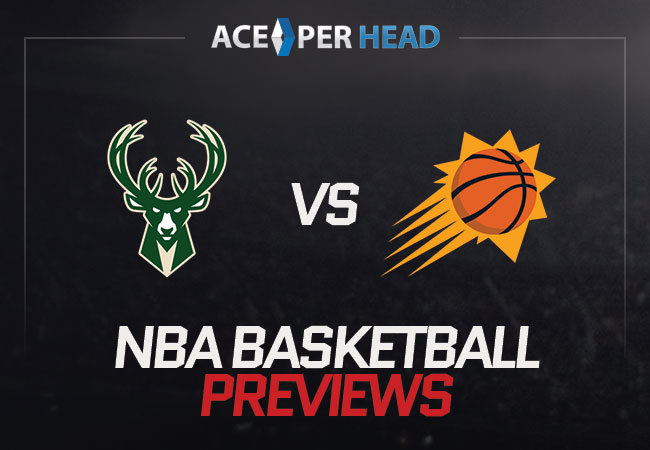 CP3 and the Suns are ready to battle it out with the reigning champs the Milwaukee Bucks in what is sure to be a most exciting game.

The Phoenix Suns have become one of the hottest teams in the league, especially after their performance last season sweeping the nation but just coming up short in the end to the Bucks in the finals. The Suns are now 1st in the West and are playing with an amazing record of forty-four wins and ten losses and are without a doubt one of if not THE best team in the league. They’re four games clear of the Golden State Warriors and have been abusing their opponents all season long. They enter this matchup winning 17 of their last 19 games, blowing out their opponents on a nightly basis. The Chris Paul-Devin Booker duo has been phenomenal, combining to shoot 60 percent from the field in clutch moments this season. That shows just how dangerous these guys are at the end of games, and it has the Suns sitting pretty going into the final months of the season.

One more add at the trade deadline could be the thing to put them over the top, but it remains to be seen if they want to mix things up with such a remarkable run going. Giannis Antetokounmpo and the Milwaukee Bucks are playing with a record of thirty-five wins and twenty-one losses and sit at 2nd place in the East. This is another team that is on fire and is trying their best to get that 2 peat championship under their belt. The Bucks have won eight of their last ten matchups and have been killing it in each game they partake in, they’re truly always on the chase. The offense has been humming too, setting season-highs in scoring in two of the last three games, winning their recent five games by 14+ points. It’s all about having Giannis Antetokounmpo, Jrue Holiday and Khris Middleton together. Those three have carried this team to a 23-5 record when all three are healthy, and that’s the championship team we’ve been waiting to see. In any case, Milwaukee is sitting third in the east and is just one game back of the top-seeded Miami Heat.

These teams are truly the hottest in the league, on one hand, you have the Bucks- the reigning champs and they not only have the talent they are hungry to win and are a relentless group. Then on the other side, you have the runner-up from last year’s finals, the Suns are hungry and want that championship and many believe they deserve it after this season and last season’s performances.

This game looks like it will be an exciting one and really close, it’s almost too close to call. Last season when the games were close and down to the wire between these two, Phoenix came out on top twice and both of those matchups were decided by just a point.

For tonight’s matchup, Ace Per Head is going with the Phoenix Suns to win this one, even though it looks like it will be a close game. The Suns are hot and will seal the deal in great fashion.

Start building your bookie empire today by getting set up with AcePerHead.com‘s service that will allow you to book action on sports from all around the world. Bookies earn hundreds to thousands of dollars from booking action on Ace Per Head.com.