UCLA Bruins vs the Gonzaga Bulldogs 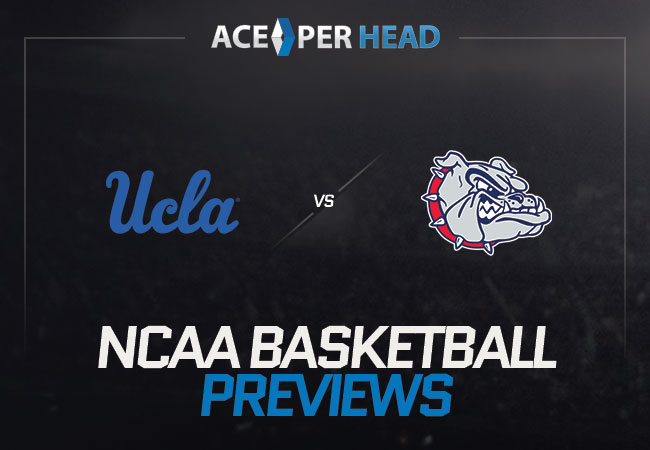 It’s time for the Final Four round of the Big Dance as the Gonzaga Bulldogs look to extend their undefeated streak over the UCLA Bruins who just upset Michigan in the Elite Eight.

Gonzaga is going into this contest as the favorites and is currently playing with a record of thirty wins and zero losses this season. The Zags have pulled down an average of thirty-eight rebounds per game while they relinquish thirty as a team to the opposition. Gonzaga has put up a total of 2,748 points so far this season, and they are averaging ninety-two points per game. The-bookie-software.

The Bulldogs are committing sixteen fouls a game, and are shooting seventy-three percent from the free-throw line, and they are connecting on fifty-five of their shots from the field. Gonzaga is the second-best team for earning assists averaging nineteen per game while giving up eleven a game to the opposition. The Bulldogs are losing possession of the ball twelve times a game, and are giving up an average of sixty-eight per game. The Zags are able to force fifteen turnovers a game and have given up forty-two percent of shots against them from the field. The Bulldogs defense is phenomenal though only giving up 199 out of 623 three-pointers, and seventy percent from the line. The last time the Bulldogs took the court they beat the Trojans, eighty-five to sixty-six to move onto the Final Four. Save Time and Money With Bookie Software.

The Gonzaga Bulldogs grabbed thirty-eight rebounds while giving up twenty-seven to USC in the game. They lost possession of the ball nine times a game while they, recorded six steals on top. Gonzaga went to the line seventeen times, and they drained twelve of their free-throw attempts. The Bulldogs went seven for twenty-one from the three-point range and thirty-three for sixty-six from the floor. Then on defense, they allowed USC to drain twenty-four from the floor, then four for fifteen from downtown, and went fourteen for nineteen from the free-throw line. The best player for Gonzaga was Drew Timme who went hard in the paint for this Bulldogs team, shooting ten for nineteen, for a shooting percentage of fifty-three percent. During his thirty-one minutes of “Timme Time” on the court, he amassed twenty-three points, five rebounds, and four assists when all was said and done. Pay Per Head Services To Attract New Customers.

Another essential player for Gonzaga was Corey Kispert who put up eighteen points, collected eight rebounds, and two assists in his thirty-seven minutes on the court. The challengers UCLA are going into this game with a record of twenty-two wins, nine losses. This Bruins team is turning the ball over ten times a contest, and they are committing sixteen fouls a game. UCLA is grabbing thirty-five rebounds per game, and as a unit, they give up thirty-two rebounds a night. They have also accounted for 416 assists this year, and are thirty-eighth in the nation for dishing the rock, while they have given up 371 assists to the opposition this season. The Bruins have drained 210 from three-point land, as well as seventy-one percent from the free-throw line, as well as shooting forty-six percent from the field. UCLA is averaging seventy-three points per game, which is 126th in college basketball. On defense, the Bruins are forcing twelve turnovers a game, and they draw eighteen fouls as well. They are giving up thirty-four percent from three-point range, and have let opponents hit 761 shots from the floor this season, and are averaging sixty-eight points per game, and are ranked 99th for points allowed. The last time the UCLA Bruins took the court they beat the Michigan Wolverines by the score of fifty-one to forty-nine. UCLA shot thirty-nine percent from the field going twenty-one for fifty-four, and they drained three of their thirteen three-point attempts. A Good Bookie Software System Will Help You Win.

The Bruins went six for seven from the free-throw line, while collecting twenty-seven rebounds and relinquishing thirty-two rebounds to Michigan. On offense they recorded twelve assists, then on defense they accumulated fourteen turnovers and collected five steals from Michigan. On defense, UCLA let their opponents hit twenty of their shots from the floor, then drain three from three-point land, and they let Michigan go six for eleven from the free-throw line. The Wolverines went home with a loss but collected twelve assists, five steals, and three blocks in this contest. The man of the hour for UCLA in their last game was Johnny Juzang who went eleven for nineteen, he also put up twenty-eight points, two rebounds, and one dime in his thirty-eight minutes of playing time. Another major player for this Bruins team was Tyger Campbell who went five for ten, he also amassed eleven points, two assists, and one rebound in his thirty-three minutes of playing time. This Final Four matchup is going to be an exciting one indeed, will UCLA come in hot a pull the upset in classic Big Dance fashion or will Gonzaga steamroll over them and continue their undefeated streak right into the NCAA Championship game. Pay per head bookmaking: The Fine Line Between Satisfaction and Price Point.

At Ace Per Head dot com our pick to win this game against the spread is going to the Gonzaga Bulldogs. How to Create a Betting Website: A Beginner’s Guide.