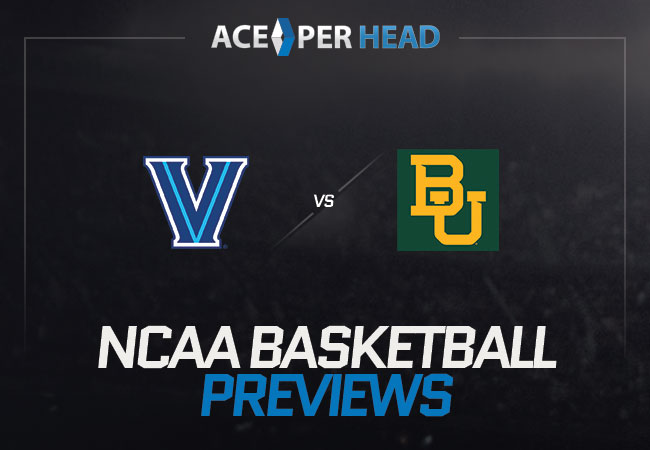 This Saturday the Villanova Wildcats are set to take on the Baylor Bears in this Sweet Sixteen round of the NCAA tournament for a winner takes all bout to move on to glory.

The Baylor Bears are going into this contest as the favorites, with a record of twenty-four wins and two losses. So far this season Baylor has put up 2,180 points, averaging a total of eighty-four points per game. When it comes to pulling balls off the glass they are grabbing thirty-six rebounds per game, and they are giving up an average of thirty-two rebounds per game to the opposition. This Baylor team is committing seventeen personal fouls per game and they are managing to hit seventy percent of their shots from the free-throw line. On offense, the Bears are shooting forty-eight percent from the floor, which is the twenty-fifth best in college basketball. How To Decide The Best Type Of Betting System For You.

They are collecting an average of seventeen assists a game, plus they are turning the ball over twelve times a game. On defense, the Bears are giving up an average of sixty-six points per game to their opponents. They have also relinquished thirty-three percent of shots from beyond the arc, sixty-nine percent of foul shots against them, and forty-three percent of shots from the field. On top of that, they are forcing seventeen turnovers a night. In their last game, they beat the Wisconsin Badgers 76-63. in this contest, the Baylor Bears grabbed twenty-five rebounds, while losing twenty-nine rebounds at the glass to the Badgers. The Bears also managed to turn the ball over four times, while also recording six steals. Baylor went to the free-throw line twenty-three times, and they netted seventeen of those attempts. How To Become A Bookie: All Your Questions Answered.

The Bears dropped eight from three-point land, then twenty-five tries from the field. On defense the Bears let the Wisconsin Badgers hit twenty-five shots from the fields as well, then eight from beyond the arc, and five out of seven from the line. A key player in this matchup was Davion Mitchell who had a great performance for the Bears, as he went six for eight. Davion Mitchell put up sixteen points, eight assists, and one rebound in his thirty-seven minutes on the court. Then another key player was Jared Butler he went hard in the paint for the Baylor Bears, he went home with sixteen points, four rebounds, and two assists in his twenty-nine-minute tenure on the court. The challengers the Villanova Wildcats go into this game with a record of eighteen wins and six losses. The wildcats have made 226 three-pointers so far this season, they are hitting forty-five percent of their shots from the field, seventy-six percent of their shots from the line, for a total average of seventy-six points per game. As a unit, they are turning the ball over nine times per game, and are committing fifteen fouls per game. The Wildcats are grabbing thirty-four rebounds per game while giving up thirty-three rebounds to their opponents. They have collected 366 assists so far this season which is eighty-eight in division one for passing the rock. On defense, the Villanova Wildcats are forcing opponents to turn the ball over twelve times a game, while drawing seventeen fouls nightly. Also on defense, they are giving up thirty-five percent of shots taken against them from beyond the arc, and are allowing sixty-seven points per game. They have given up 586 shots in total this year, are have conceded 290 assists this season. The Villanova Wildcats tipped off against the North Texas Mean Green in their last win. Villanova’s field goal percentage was fifty-five percent, shooting thirty-one for fifty-six. As well as draining fifteen from three-point land. Then on their trips to the line, the Wildcats netted seven of their nine attempts. They grabbed twenty-six rebounds, while they gave up twenty-six rebounds to the North Texas Mean Green. On offense they recorded nineteen assists, then on defense they forced the Mean Green to turn the ball over nine times and steal the ball from them six times. Their Defense let North Texas drain twenty-one shots from the floor, eight shots from three-point land, and make eleven of their twelve attempts from the free-throw line. What Is a Pay Per Head Service? (And Why You Need One).

Lastly, Villanova relinquished twelve assists, two steals, and one block to their opposition in this game. A key player in this matchup was Jeremiah Robinson-Earl who put up eighteen points for the Wildcats. He also amassed six rebounds and six assists in his thirty-six minutes on the court. Another player who went off for Villanova was Justin Moore who put on a display with his fifteen points drained, he also tacked on five assists and grabbed four rebounds in his thirty-four minutes of playing time. The Ultimate Guide on How to Become a Bookie.

Both of these teams have been playing great this season and deserve to move on but there can only be one victor. At www.AcePerHead.com our pick to win this game against the spread is going to the Baylor Bears.