WNBA – My Friday May 20th Predictions 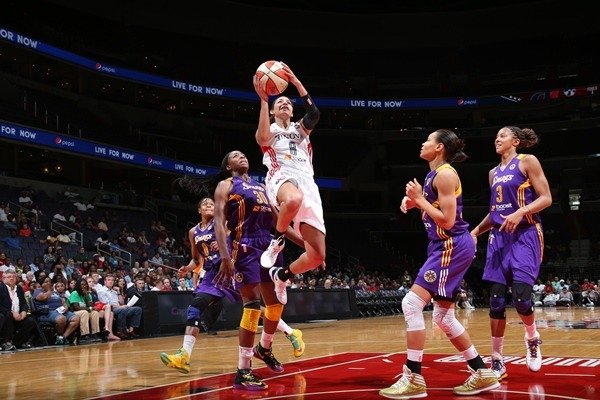 It’s taken a while but people are finally taking Professional women’s basketball seriously. Every year their fan base increases and in all honesty the athletes and the sport get better as well.

If you like betting on basketball but never ventured into the land of WNBA because you feel you don’t know enough, don’t despair I’m here to help.

To get you into the spirit of things I’m prepared to share my picks for Friday’s games for free, and who knows if you guys dig my WNBA picks I may do it on a more regular basis.

On Friday there are a total of 3 games, let’s analyze them:

It is early in the season and this will be the first away game for the LA Sparks who won their first game at home, however the Mystics have lost both games so far this season and they were the home team on both occasions, so not looking good for the Mystics. Reviewing stats from previous seasons, things don’t look any better for Washington, they have lost 12 games and only won 7 while being the home team against the Sparks.

Historically these 2 teams score an average of 150 points per game when playing each other, but the Sparks scored 96 points in their first game this season which way above their average.

…they play at 7:00 pm ET in Bankers Life Fieldhouse in Indianapolis, IN.

The Dream are once again on the road after winning their first game against the San Antonio Stars on May 14th. Indiana has played 2 games so far and they are currently 1-1, in both instances the Fever were the home team. When looking at the historical stats, Atlanta on the road has the advantage with 7 won games as the visiting team vs. 5 wins for Indiana as the home team.

Typically, these two teams have an average combined score of 157 points per game, and so far that number seems to be holding.

Bottom line: Atlanta should be favored ever so slightly if you can bet on the money line instead of the spread it would be better, but I expect this to be a close game so there may not be a money line available. If the total is posted at 157 bet the over.

…this match up starts at 10:00 pm ET at the Talking Stick Resort Arena in Phoenix, AZ.

Neither of these teams have had a good start this season. Seattle is 0-1 and Phoenix is 0-2.

These two teams are a pretty even match, there is not much to say about it so I’ll keep it short and simple: