Francisco Vargas vs. Orlando Salido: A Must Watch Fight 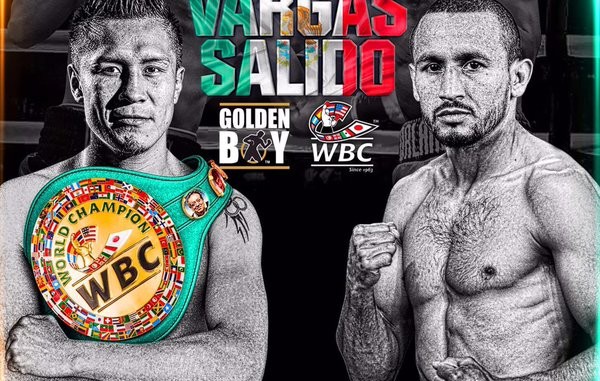 We are short of exciting boxing matches this year, we certainly need  new  figures in the sport and competitive match ups, but that’s a topic we’ll have to cover some other time; right now we’ll talk about the upcoming title match between current WBC Super Featherweight Francisco “El Bandido” Vargas and former three time world champion Orlando “Siri” Salido. This match happens Saturday, June 4, at the StubHub Center in Carson, California and it promises a lot of action.

This is the first defense for undefeated 31 year old Francisco Vargas, who won his title just last November by beating Takashi Miura in a thrilling hard hitting fight that earned Fight of the Year award. This time he is facing a very strong fighter in veteran Orlando Salido who last September fought WBO super featherweight champion Rocky Martinez to a split draw, a controversial decision since many considered Salido should have had his hand raised.

Francisco Vargas surpasses Salido in height, reach and KO percentage, he scores at 71% while Salido only 50%, yet that’s because Salido accumulates 60 professional matches at his 35 years of age, while Vargas only 24 at 31 years of age.  Salido has also suffered 13 losses, 5 of them by KO.

If you like battles, this is one fight you can’t miss, two Mexican warriors that are not afraid of engaging and leave their heart and soul in the ring; if you like betting on boxing, make sure to bet on Vargas vs. Salido.

Francisco Vargas is a solid, talented fighter, and in order to beat Salido he will need to use his boxing skills and move a little, use his speed, circle around while also engaging with him. Going toe to toe makes for a highly entertaining fight but may not be the right approach; Salido has a dangerous overhand right Vargas will need to watch out for.

Orlando Salido, is who he is, as a seasoned fighter with his own style, very aggressive, applies a lot of pressure, throws illegal punches at times and always tries to go for the KO, he is an entertaining fighter to watch and that’s why after a 20 year career he is still around and he is still getting word title shots, don’t doubt for a second he is going after that title.

This is a dangerous challenge for Francisco Vargas, and experience can play a huge role in this fight… Odds for the #VargasSalido match opened up at -227 for Francisco Vargas +175 for Orlando Salido; today the line shows Vargas -400 and Salido +325 in most books, while others have Vargas at -300 Salido +230.

Vargas is the defending champion and it would be very difficult for Salido to get the decision here, he would have to really do a lot of damage to get the victory in the scorecards, Vargas has a lot going for him but I think he may be in over his head with Salido; when it comes to betting the fight, Salido holds the best value, I would go with Salido by KO.

AceSportsbook.com has the best odds to bet on boxing, so if you want to wager the Vargas vs. Salido fight this is a mandatory stop.