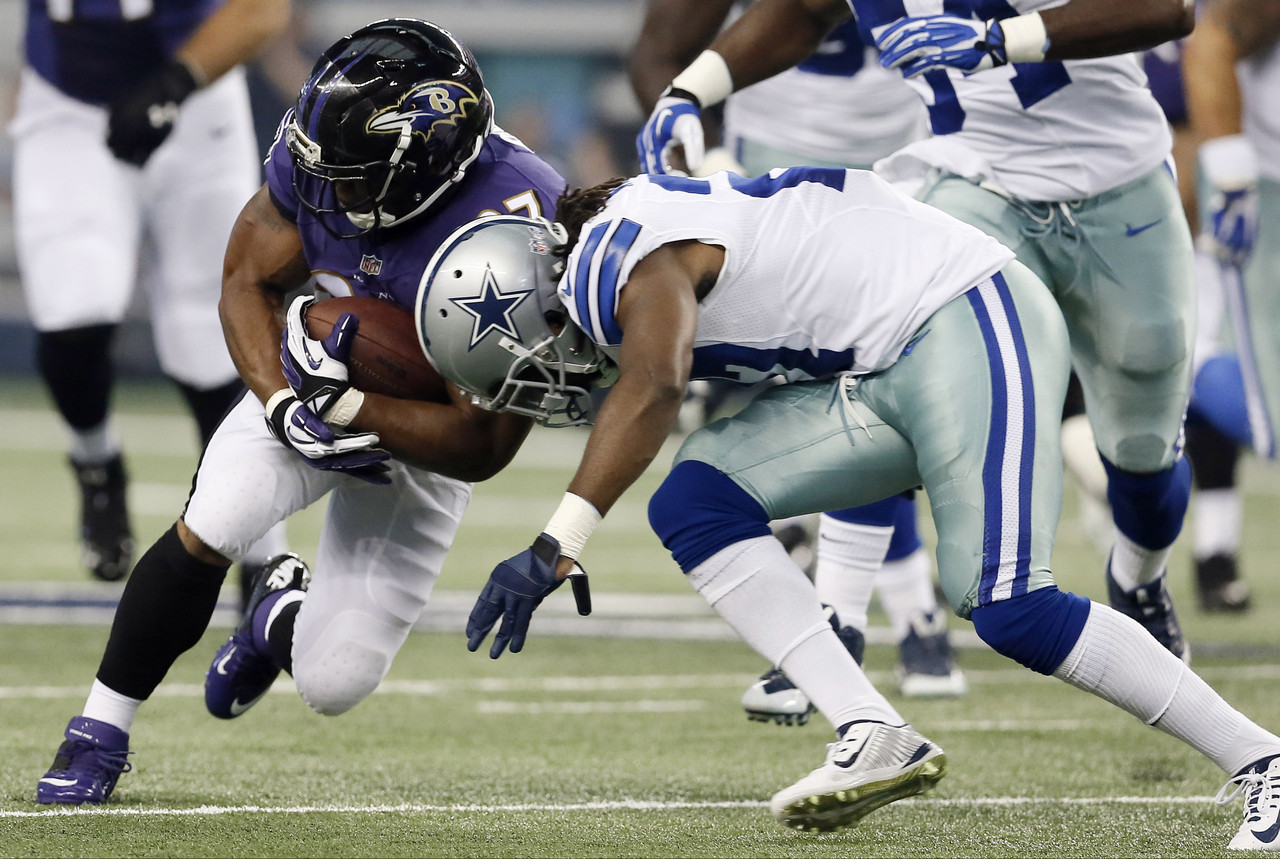 Nobody saw it coming, but America’s Team is once again on top of the world. The Dallas Cowboys are the hottest team in the league right now, and in week 11 they prepare to host the Baltimore Ravens this Sunday.

The Cowboys are not only leading the NFC by 2 games, after the Patriots lost last week against the Seahawks they now have the best winning record in the entire league. This week they show no signs of giving up their lead as they prepare to face the leader of the AFC North. Kickoff is at 1:00 pm ET and the game will air on CBS.

Dallas’ win last week against the Steelers was a nail biting affair, the game was a constant back and forth between the two teams, and came down to the wire; the Cowboys were leading 29-24 with a 1:55 left. Pittsburgh scored a touchdown and Dallas got the ball with just 0:42 seconds left on the clock. Dak Prescott and his team got to the Steelers 32-yard line in just 4 plays, thanks in part to a 15-yard facemask penalty. After the penalty Ezekiel Elliot ran for a 32-yard touchdown with 0:09 seconds on the clock giving the Cowboys a 35-30 win.

The Ravens beat the Browns on Thursdays’ game of week 10, a much-needed win, which has placed them at the top of the AFC North for the first time since 2012, albeit it comes with an unimpressive record of 5-4. They will have had 10 days between games and the rest will come in handy in Sunday’s game. They are on a 2-game winning streak and historically they have a 4-0 record against the Cowboys, however, the last time these two franchises met was back in 2012, so these are not the same teams.

While it is clear, that nobody runs the ball quite as effectively as Dallas has been doing this season, the Ravens could stall the Cowboys star running back Elliot to less than 100 yards this game. The rookie who is in the running to be the MVP player this season leads the league with 1005 yards on the ground.

One of the reasons why the Ravens are leading the AFC North is because of their defense, they are currently ranked 1st in total defense allowing just 281.6 yards per game and their secret lies in their ability to stop the run; on average, they are only allowing 3.3 yards per carry.

Having said that, the Ravens defense has been far better on home games than on the road, if this trend holds this could greatly benefit Dallas who has managed to surpass every challenge they have encountered so far this season.

Joe Flacco and the rest of the offence are the weakest link in this year’s Ravens lineup, hard to believe but Flacco is amongst the worst quarterbacks this season, currently ranked 29th with a 78.3 passer rating. He has thrown 2 touchdowns and 6 interceptions on the road which gives him a 66.4 road passing rating, if Dallas can capitalize on the interceptions they will have no problem outscoring the Ravens. 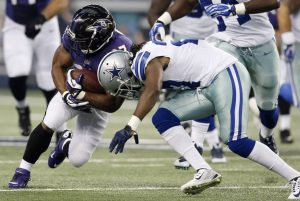 Per AceSportsbook.com, the Cowboys are 7.5 point favorites in this game, while Roethlisberger had some success against the Dallas secondary in last week’s game, I feel they will regroup and have no problem holding Flacco and his offense at bay this week.

Cowboys against the spread is the pick.