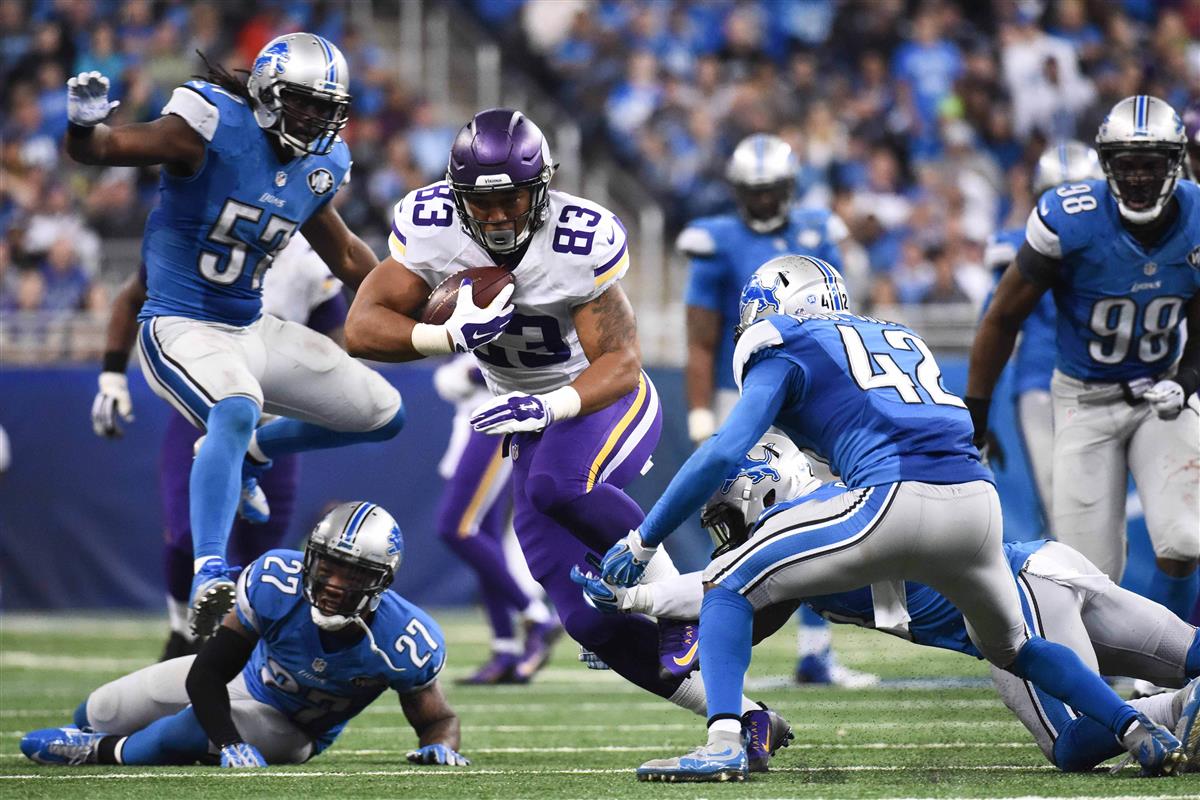 Every year I am thankful for rivalry games on Thanksgiving Day. The Detroit Lions have become a staple of the holiday and this year they face their divisional rival the Minnesota Vikings, who have not played on turkey day since 2000. This game has a lot at stake, with both teams battling for the supremacy of the NFC North.

Both franchises are tied for first place in the NFC North at the moment with records of 6-4, the Lions have the advantage based on point differential, but at a glance, the stats on these two teams could not be closer, they both have a home record of 4-1 and an away record of 2-3. This could be good news for the Lions and not so good news for the Vikings.

The main difference however, is that while the Lions are on a 2-game winning streak and have won 4 out of their last 5 games, the Vikings have only won one game out of their last five contests. Therefore, momentum strongly favors the Lions at the moment, but the Vikings might be on the recovery after winning 30-24 against the Arizona Cardinals this past Sunday.

The two franchises faced each other just 18 days ago, in that occasion the Detroit Lions pulled one of the most outrageous wins. The game went into overtime where the Lions who were 4.5 underdogs ended beating the Vikings 22-16. The tables have now turned and the Lions are going into this game as 2.5 point favorites per AceSportsbook.com.

The reasons behind the Lions being favorites in this game goes beyond the home field advantage, and has more to do with their momentum than anything else, but history is also on their side, Detroit has won their Thanksgiving Day game three years in a row. But, not every stat is against the Vikings, they have a great track record covering the spread against divisional rivals, they have the second-best record in the NFC with 6-3 ATS in division games.

The last time there two faced each other on November 6th, the Lions defense held the Vikings offense to just 78 rushing yards on 25 carries. The Vikings have had serious blows to their offense, which include injuries to quarterback Teddy Bridgewater and running back Adrian Petersen. The injuries in part explain the down fall of the team in the last few weeks. Minnesota scored an average of 14 points during its 4-game losing streak, and needed all the special teams and defensive plays to beat the Arizona Cardinals this past Sunday.

The Lions have taken every opportunity they have been handed lately to prove their resilience and ability to come through in clutch moments. But, they will not have an easy time against the Vikings defense, especially considering that the Lions offense is often one-dimensional. In Sunday’s game, Detroit managed only 14 yards on 21 carries against the Jaguars. If they hope to sweep the Vikings this year, they will need to rely on quarterback Matthew Stafford and his aerial game. 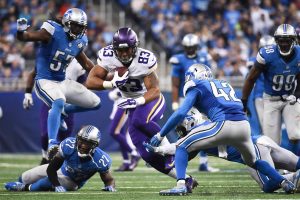 The home field advantage will give the Lions defense enough room to stall the Vikings enough. Stafford and the rest of the offense will find ways to break through the Minnesota defensive lineup to create opportunities for them to win. The game will be close but the Lions will have another reason to be Thankful this Thanksgiving Day. Predicted score Lions 24 – Vikings 21.

Check the latest NFL lines, and bet on your favorites.