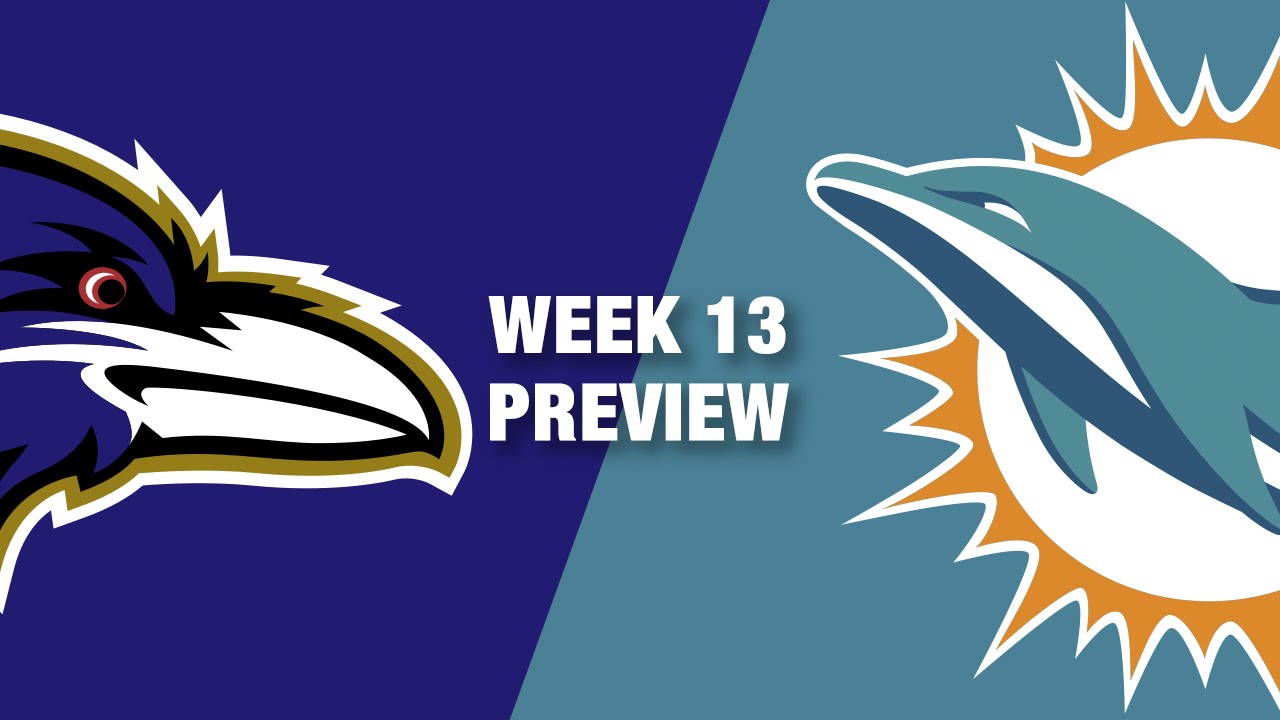 Week 13 of the NFL will bring us a battle that could turn out to be a sneak preview of a first round playoff game. The Baltimore Ravens current leaders of the AFC North with a record of 6-5 will host the Miami Dolphins who are trailing the Patriots in the AFC East by 2 games.

If the season were to end today, the Ravens could host the Dolphins in the first-round game of the playoff season. Which makes this game a must watch, as it could give us some very valuable insights into what the Wild-Card race could shape up to be. The Ravens would have the home field advantage as they are currently the number 3 seed in the conference, while the Dolphins are the number 6 seed.

The Baltimore Ravens, could end up winning their division, but they could easily end up missing the playoffs entirely as well. A win at home this Sunday against the Dolphins could help solidify their position as leaders in the AFC North, but a loss could have devastating implications for them down the road.

As of right now, the AFC Playoff picture looks as follows:

Winning teams that could still make it to the playoffs if something went horribly wrong for one of the teams above include:

The Ravens would benefit enormously with a win over the Dolphins this Sunday, aside from keeping them in the leader position in the AFC North, they would gain a tiebreaker advantage over the Dolphins should they face them in the playoffs, the Ravens already have a tiebreaker advantage over the Steelers, they will face their AFC North contenders again on December, that game could decide the AFC North tittle.

Miami, currently hold the bragging rights to the longest current winning streak in the AFC right now, after winning 6 contests in a row. A surprise to most, they are now looking like a real playoff team, although head coach Adam Gase is trying not to think that far ahead, he is taking it one game at a time.

Neither team gave a convincing performance last week, after they both played franchises who do not have a winning record. The Ravens narrowly beat the Bengals 19-14 while the Dolphins scraped a win in the last minutes of the game against the San Francisco 49ers 31-24.

Miami is also not a power house when it comes to offense, for the season they are averaging 22.6 points per game, as the visitor team they are putting up 17.2 points per game. However, much like the Ravens their offensive game is on the rise, as they have averaged 25.3 points per game on their last 3 matches. 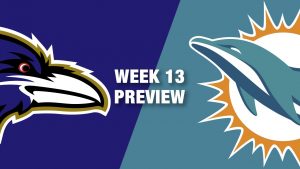 The line for the game opened at www.AceSportsbook.com with the Ravens as 3.5 point favorites, not surprising considering that the Ravens are 4-2 at home this season, however, the line has now dropped to 3 which means most people are thinking the same thing I am, the Ravens are not that good even at home. The total opened at 41.5 and is now at 40.5, considering neither team puts up good numbers this is also expected but I feel there is value in the over considering how both teams have improved in their last 3 games.

Bet the Dolphins plus the points as soon as possible, before the line becomes too expensive, wait a little on the total to see if it goes down a little more if so bet the over.