Week 10 closes with a pretty even match between the Cincinnati Bengals and the New York Giants. Both teams are in the top 6 passing offenses, and they both need this win.

Quarterback Andy Dalton and the Bengals are ranked as #4 in passing attacks, they will travel to MetLife Stadium to face two-time Super Bowl champion Eli Manning and the Giants currently holding the #6 rank in passing attack.

The Bengals are coming off their bye week, after tying with the Washington Redskins in London in week 8. The overtime in the game was a series of miscues and errors that only seemed to confuse the 84,000 spectators at Wembley Stadium. A tie game in the NFL is a rare event, yet this season there have been 2 tied games. The result in that game has left the Cincinnati Bengals with a 3-4-1 record for the season, a win would keep them alive in the AFC North race, if they lose then their only hope is that the Steelers lose this week to the Dallas Cowboys so they can retain their place, but it would certainly make reaching the post season a lot more difficult.

The Giants on the other had have scrapped wins in their last 3 games, moving them to second place in the NFC East, two games behind the Dallas Cowboys. Despite their 3 consecutive wins, there have been obvious problems in the Giants’ offense. The Giants’ air game has been somewhat successful; Eli Manning has average 333.8 passing yards and he has thrown for 300+ yards in 4 out of his last 5 home games. Their real offensive problem lies with their rushing game; they are ranked last in the NFL with an average of 68.2 yards per game. A lot of their problems stem from the offensive line’s failure to open holes, another problem is the loss of running back Shane Vereen who was injured during the preseason. In his place is rookie Paul Perkins, who both head coach Ben McAdoo and Eli Manning feel is doing a good enough job, but, the loss of Vereen has clearly hurt the team this season.

This will be the game where Perkins can prove himself, and help elevate the Giants running game. The Bengals defense is giving up an average of 116.1 yards per game. In addition, they continue to miss tackles and have incurred in 57 penalties; and while they have accumulated some 25 sacks, their insistence in reaching the passer has opened lanes which could be exploited by Perkins and the rest of the Giants’ offense. 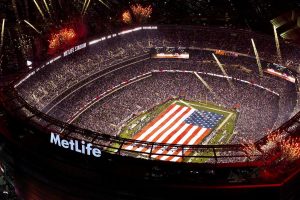 When checking the pro football odds for this game at Ace Sportsbook you will see that this line has moved considerably. At the beginning of the week when the line first opened the Giants were 2-point favorites, this line has sense flipped and now the Bengals are a 1-point favorite in the match.

The reason for this move is simply people thinking there was value in the Bengals at +2, I however, feel quite the opposite, the real value here is the Giants at home at +1. Make sure you place your bet before the football gambling lines moves again!