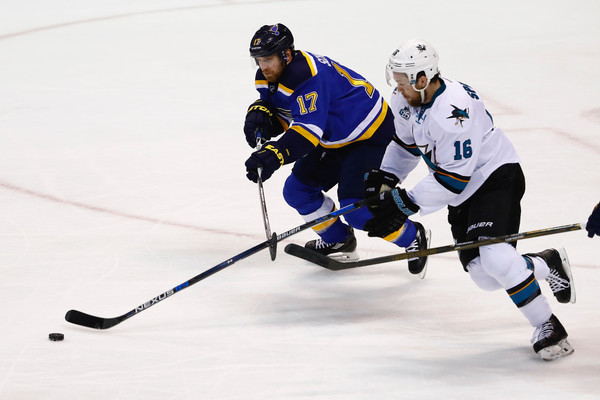 The Western Conference final series is currently tied 1-1. The Blues travel to San Jose to face the sharks on Thursday May 19th at 9:00 pm ET in game 3.

While we all know the struggles of both teams in the past to reach the Stanley Cup finals and we can all agree that either team is deserving of the chance. One of them has to move forward and the other must suffer the loss yet again.

Most outlets have the Blues as favorites in game 3 laying -1.5 goals; this is not surprising if you take into consideration that the statistics of the last 69 games these two teams have faced each other show the road team has won 55% of time.

The Sharks are known for their power play, and in game 2 they definitely over powered the Blues who were unable to gather their defense to stop them. St. Louis was not pleased with the way they played in game 1 even though they won, and I can guarantee they are pissed off at all the mistakes they made in game two that cost them dearly, they kind of forgot that taking penalties while playing the Sharks is a big no no.

After that sloppy display from the Blues, many are left wondering how can they be favorite when San Jose has all the momentum right now. Well the powers that be, myself included, are betting that St. Louis will re-group and correct the countless mistakes they made in the last game.

Sure the Blues are laying -1.5 but the payoff on that is huge, line should be somewhere around -1.5 +225. Those odds are hard to pass on, but my pick for this game is take the Blues on the money line. This game will not be a blowout; St. Louis will win by 1 goal not more so the sure bet is to take them on the money line. If you prefer to bet puck lines, then go for the Sharks at +1.5 and be prepared to risk a pretty penny.

As for the total in the game it’s been set at Over/Under 5. Again we have to go back and analyze the previous games between these two teams, I’ve checked the stats for the last 69 games and the average goals scored comes out to 5.1 goals per game. Now of those 69 games the Sharks have been the home team on 32 games, when analyzing those games, I see the San Jose scores an average of 2.6 games when they are the home team while the St. Louis Blues score an average of 2.8 goals per game when they have been the visiting team, this come out to an average of 5.4 goals scored when San Jose is playing at home. So my pick on the total? Take a guess…. That’s right Over 5.

There you have it, my free picks on this game, just because today I decided to be a nice person. Enjoy the game everyone!