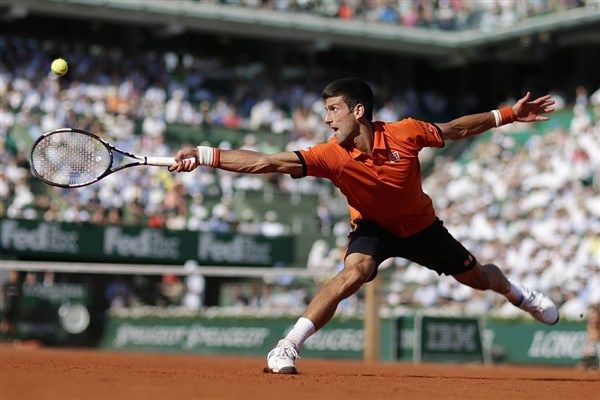 I must confess we have entered my favorite part of the year, because during the next 4 months the remaining 3 Grand Slam tournaments in Tennis will be played and I love tennis.

This Sunday, the French Open will start with the ATP top seeds (minus Roger Federer who withdrew because he wasn’t feeling up to par) battling it out to win the men’s single title.

The reason I love this sport is because it is a fight of one on one, there is no team to carry you to victory there is nobody to cover for you, nobody but yourself to blame when things don’t go as planned, it’s you the ball, the net and your opponent. This game is not just about athletic proficiency it is a mind game, and that is what makes it interesting. To see the battle that rages inside a player, see them struggle with their emotions, struggle to concentrate and hit the shots, to tune out the crowd that may or may not be rooting for them, to see them be able to put behind a lousy call and just focus on the next serve, the next volley, the next point as if time stood still… To see all that and realize, this is the mark of a true athlete, I am in the presence of a demi-god.

And as mythology has shown us, all demi-gods are on a quest of some sort. Roland Garros is the quest Novak Djokovic finds himself in, as it remains the only Grand Slam title he has yet to win. He lost in the finals last year to Stanislas Wawrinka, and this year may face him once again. But before he gets to the final at some point he may have to face the lord of the French Open, Rafael Nadal, although since Federer is not playing it probably won’t be until the semi-finals that these two giants will meet, if they meet at all, Nadal has been in a slump of the last couple of years and may be eliminated before the semis.

There is a lot of pressure from every angle for Djokovic to win on the clay court, his fans want him to win so he can finally have all four Grand Slam titles under his belt, his critics are daring him to lose again and Djokovic himself along with his training staff want the opportunity not just to finally win this elusive title but to also have the chance to win four consecutive major championships; a feat that has not been done since 1969 when the great Rod Laver won a true Grand Slam.

The possibility that some qualifier might arise to take the trophy away from all the favorites is there, Boris Becker did it at Wimbledon when he was just 17; but those are very rare instances. These major championships are normally for the top seeds to take, and this year we will most likely see a semi-final between Nadal and Djokovic on one end and Wawrinka and Andy Murray on the other.

If I were a gambler (and I am) I would bet this year will be a rematch of last year’s final between Stan Wawrinka and Novak Djokovic, the only difference is, Novak will walk away with the Holy Grail this time.