AceSportsbook
»  Sporting Journal  »
Football Facts: What Is a Spread Bet in Football?

Football Facts: What Is a Spread Bet in Football? 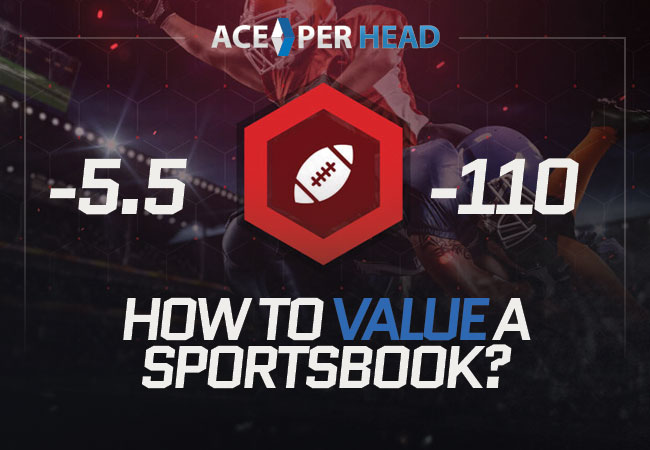 Have you found yourself confused by betting terminology? Would you like to take advantage of one of the most popular betting strategies but have no idea what a “Spread Bet” is?

If you’d like to get in on the action and want to understand what spread betting is, keep reading!

What Does Spread Mean in Betting?

Spread betting, sometimes known as Point Spread betting, is an extremely popular way of betting, especially in the NFL. It’s become so popular that some of the best betting strategies make use of it.

In betting speak, the spread is how bets are more evenly “spread” when the teams are unevenly matched. So spread is really just an easy way to think of balance.

The simplest way to think of it is that a weak team gets some extra points before the start of the game. Then, in the same way, the stronger team gets a negative added to their score.

This helps to make the games less predictable from a betting perspective. If you think about it, almost nobody would bet on a team that is less likely to win. With everyone betting only on the strongest teams, you’d have a very one-sided experience.

The spread works to combat this and means everyone ends up having a better time.

So What Is a Spread Bet?

A spread bet is usually laid out in a specific way. You’ll have noticed figures like -4.5 and +4.5 when looking at betting odds.

Those are the point spreads, and they show you how betting will work for the teams. For example, you may see that the Eagles have a point spread of -4.5 while the Patriots have +4.5.

This tells us that the Eagles are the stronger team (or more likely to win), with an effective handicap of 4.5 points. When you place a bet on the Eagles then, they’ll need to beat the Patriots by at least 4.5 points for you to collect.

Betting on the Underdog

On the other hand, if you bet on the Patriots to win, it gets a little more complicated. When the final scores are in, you would add 4.5 points to the Patriot’s score. If the Patriot’s final score is more than the opponent’s, you win.

Why All the Half Points?

It’s quite simple. Football doesn’t have half points on the field, so when you add an extra 0.5 to the spread, you guarantee that someone will win rather than end in a draw.

Nobody likes betting on something that’s not going to make them any money. It is as simple as that. When people lay down a bet, they’re most often looking for the biggest profit. So they’ve thought long and hard about who they want to bet against and how they want to wager.

Without a spread bet, you’d be stuck wagering on who will win a particular game. While that can be interesting, when you have so many different teams of varying strengths, it becomes pretty obvious who is going to win.

Spread betting is just another way of adding dimension to the betting process. This goes a long way to making the games more interesting to watch as well.

Going back to our example above, just because the Eagles are winning doesn’t mean you’re not interested in the final score. With a spread bet, you’re hoping that the underdog will rally and close the margin.

Don’t forget that if you participate professionally, you’ll need to keep up your tax obligations as well.

What if the Spread Changes?

As with all betting, things change. Right up until the moment the game starts, spreads can fluctuate. If a starting quarterback gets injured the day before a match, the odds of that team winning go down, and the spread changes.

Part of the fun of using spreads to make money betting is trying to predict all the things that could influence the spread. It’s an excellent idea to keep up with all the team stats, so you have the best information possible.

Pretty much every major sports team has some kind of point spread betting. Of course, the NFL and other football games are the most popular, but there are equivalents in the NBA as well.

Spread betting is also commonly used for sports like football (soccer), tennis, cricket, and American football. Due to its popularity, it’s easy to find great value across all of these sports.

This is especially true when you consider that many people aren’t interested in placing wagers on their favorite team to lose. The critical advantage spread betting has over traditional sportsbooks is that you can bet on both sides at any point during an event without losing your money or receiving unfavorable odds.

This allows you to predict multiple outcomes before receiving final results and potentially make some serious money. To help take advantage of these opportunities, here are three examples of when betting spreads are most favorable.

Sportsbooks will often underestimate how big an upset could be with one side being too confident in their ability. While offering better odds, they have no interest in taking a significant financial loss, so they set up lines as if they think a relatively small team won’t stand much of a chance.

When positive line movement happens after opening day, which it inevitably does from time to time, those initial spreads provide you with good value as long as bookmakers have been conservative with closing lines.

In other words, don’t jump into spread bets expecting steady profits as upsets happen infrequently compared to regular bets. However, they do happen often enough that oddsmakers don’t want to risk big losses with their assumptions about motivation and talent differentials.

Similar to above, savvy gamblers know which games mean more than others. They also know that rivalry isn’t always defined by proximity since plenty of intense college football matchups are happening between schools thousands of miles apart.

If you’re considering making spread bets with rivalry games, it’s important to understand what every single angle means beforehand. For example, knowing things like the record last ten years is equally valuable as quarterback A lost his previous three games against QB B.

This usually doesn’t apply for preseason gambles. Still, it certainly applies once the season begins since closeness between teams narrows significantly throughout the year due to injuries and roster improvements/declines.

How Is the Spread Created?

The point spread is determined based on how much oddsmakers think one team will win by. Before setting their lines, they look at several factors, such as who’s playing at home, how good each team is, and which players will be available to play for each team.

The formula used by most sportsbooks for calculating spreads is to take each team’s strength index and subtract it from their opponent’s strength index. The result of that calculation will tell you how many points you should subtract from one team if you want to estimate an equal matchup score between them.

This means that when it comes to overall skill level on both sides of the ball, Team B is stronger by about 10 points.

The higher number represents how many points an oddsmaker thinks a team will win by. If you bet that team and they lose by fewer than that amount of points, then you cover.

This is why betting against your favorite team can sometimes work out. Since most bets are placed on whether or not a particular event will happen (such as if Team A wins), it’s actually easier to make money from spread bets rather than from straight bets.

This way, you only have to choose whether or not something happens—not necessarily if it happens with a certain scoreline. Many football fans enjoy spread betting because they want some action even when their team isn’t playing.

For example, while some people may want to stay away from any football games between conference rivals, others might love watching two powerhouse teams go head-to-head regardless of conference affiliations.

Because spread bets are easy to understand and don’t require putting down large amounts of cash just to place a wager, more football fans tend to place them during games between rival teams that have equal odds of winning instead of placing straight bets on just one team.

Now that you know how the system works, it’s time to look at placing your first Spread Bet. There’s still time in the NFL season to get some action going.

In the meantime, check out the rest of our blog for more tips and tricks to making money betting.