Boxing can earn you big bucks this weekend 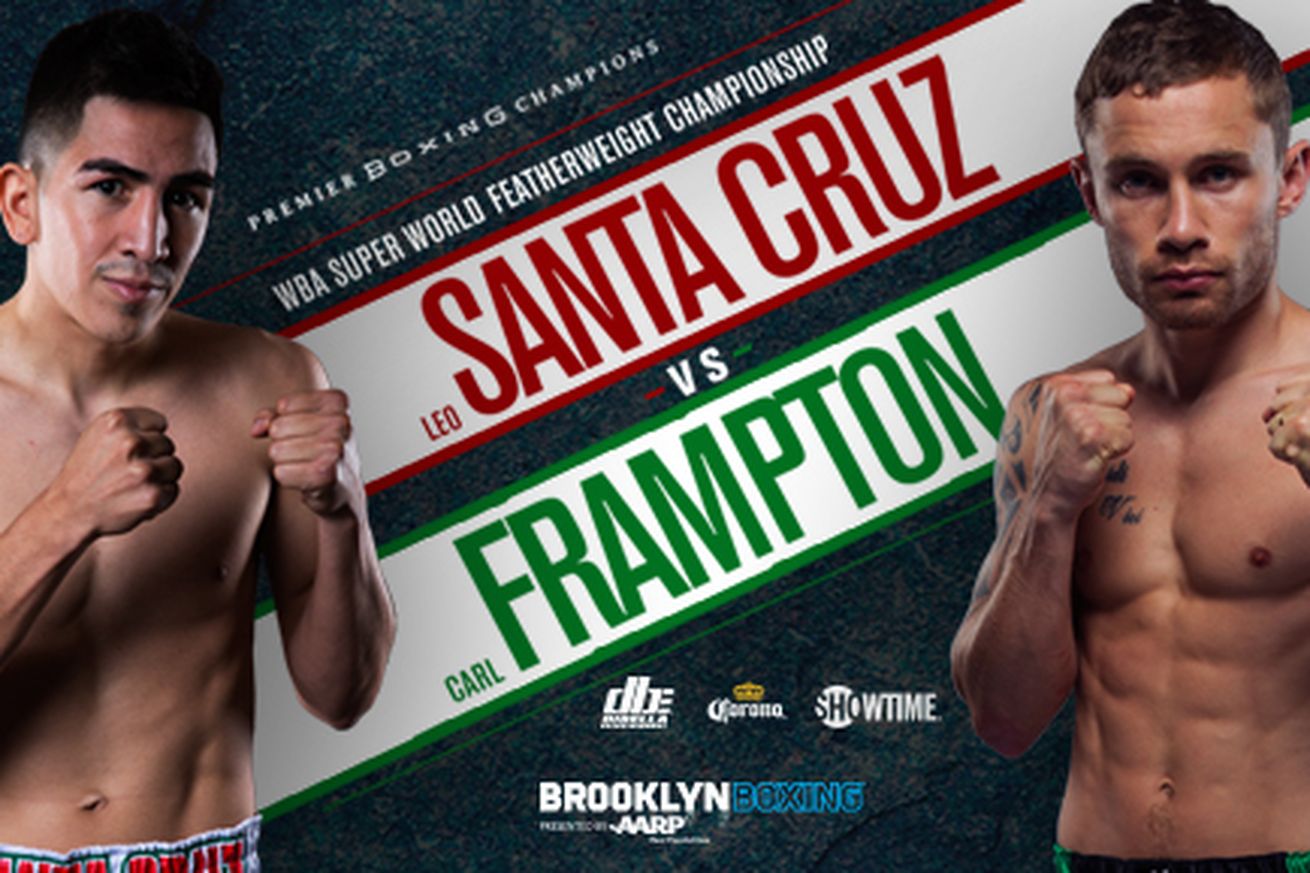 Let’s start with basic stats:  Leo Santa Cruz is 27 years old, he has 32 wins in his professional career, 18 of this wins came by way of KO which translates to a 55% KO rate. In the other corner, Carl “The Jackal” Frampton is 29 years old, he has 22 wins total, 14 by way of knockout, which gives him a 64% KO rate, Frampton won the WBA and IBF world super bantamweight belts (122 lbs.) by winning by SD over Scott Quigg earlier this year; Frampton was later stripped of his WBA belt because he failed to negotiate a first defense against mandatory challenger Guillermo Rigondeaux. Frampton wants to conquer a title in a second weight division and is going up against a very tough opponent.

Santa Cruz has a 7” reach advantage and a 2” height advantage over Frampton, in general he is the better boxer and fighter, underrated for a long time, he proved boxing fans wrong when he beat Abner Mares, he showed off his skills and ring smarts.

Carl Frampton is a good technical boxer with decent speed, he has faced decent opposition and come out victorious, is he at the level of Santa Cruz? That’s a different story… he is going up in weight and he is facing a two division world champion that is defending his current title for a second time, he is also traveling all the way to NY for this fight.

If you want to bet on Santa Cruz vs. Frampton, odds are actually quite reasonable, in my opinion Santa Cruz should be a heavy favorite but currently Santa Cruz is favorite at -330, while the line for Frampton to win is at +270. While I think it’s unlikely that Frampton is able to pull the upset in this fight, we all know anything can happen in boxing, and if you like value bets, Frampton is certainly your guy. My pick is Santa Cruz to win by UD.

This card also features the return of Mikey Garcia, a former two division world champion that has been away from the ring for two and a half years (due to contractual issues with his promoter), he will face another former champion, Elio Rojas, who is also coming back from a two year layoff.  Odds are high for Garcia to win at -3000 and Rojas at +1500. Perhaps a more interesting fight to bet on is the Paulie Malginaggi vs. Gabriel Bracero event, the line for Malignaggi is at -550 and there’s no doubt he should be able to pull this off despite the fact that he hasn’t been looking good in his last fights.

Find the best lines to bet on boxing at AceSportsbook.com, claim your bonus and make some extra money today.