NCAA Football reaches its ninth week with Alabama, Michigan and Clemson holding tight to the first three positions in the ranking, while Ohio State went down to the 6th place after taking an unexpected loose to Penn State 21-24, Washington climbed to the fourth slot beating Oregon State 41-17 and remaining undefeated.

The undefeated Huskies will travel to Utah to face the 7-1 Utes on Saturday, October 29. Washington has its confidence at the highest after beating Ohio State last week; quarterback Jake Browning pulled another great game, as did the offense. Washington is currently averaging 48.3 points per game. When it comes to the Utes, they also had a good game last week defeating UCLA 52-45 in their own home. Utah’s defense has been declining as the season advances for some reason; their QB is not great but is getting the job done, it was running back Joe Williams who excelled in the game against UCLA. Utah is averaging 29.9 points per game. The line for this matchup has Washington as a heavy favorite with -10 and a total of 51.  I think this game may end up being closer than expected, but Washington has what it takes to cover the spread. Pick: Washington and the over. 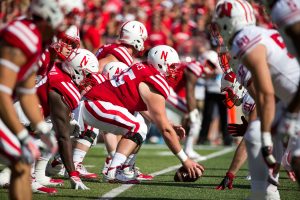 Undefeated Nebraska is ranked number seven and is going on the road to the home of the eleventh ranked Badgers. A very tough game for both teams. Nebraska won 27-14 over Purdue last week, Cornhuskers are averaging 34.1 points per game, their defense has been great allowing only 17.7 points a game. On the other hand, the Badgers are coming from a 17-9 win over Iowa and their 2 losses have come to tough teams, Michigan and Ohio State.  Badgers have a strong defense that is allowing only 14.3 points a night. Offensively Nebraska is better, but Wisconsin’s defense is superior. Point spread for this game has Wisconsin as a favorite -8, total 43. I am not big on that line, but as it is I’ll take Nebraska plus the points and the over.

An ACC matchup that features the number 3 ranked Clemson Tigers visiting the Florida State Seminoles (ranked #12). The Clemson Tigers had a hard time maintaining their undefeated record in their last game against North Carolina State, although they managed to escape with a 24-17 overtime win, their defense continues to be strong and quarterback Deshaun Watson is holding his share, a well-rounded team that is difficult to beat, scoring in average 48.3 points per game. The Seminoles also had their last game two weeks ago and took Wake Forest 17-6. Florida has 5 wins and 2 loses and although they are playing at home they are coming into this game as the underdog, yet, the Seminoles should not be taken lightly they have a strong team both offensively and defensively, quarterback Deondre Francois has been pulling impressive performances and Dalvin Cook is also a strong player that is hard to contain, they have been scoring an average 34.9 points per game. The line for this game is of -4 for Clemson Tigers. I think this will be a competitive and exciting game, Tigers will pull through and get a close victory, if you can get the line at -3 take Clemson. The total is set at 60.5  I like the under for this game.

The best lines for all your College Football betting are at AceSportsbook.com.