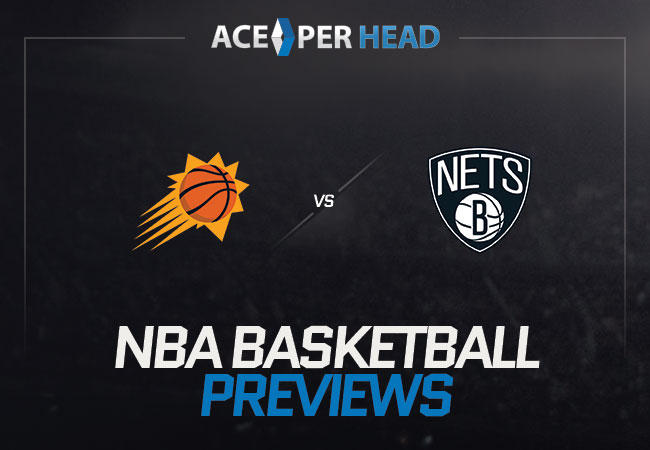 This Sunday afternoon the Brooklyn Nets host the Phoenix Suns for some NBA action, the host team is going into this game with a record of forty wins, and twenty losses.

Brooklyn went to the free-throw line twenty-eight times and they drained twenty-four of their tries. Brooklyn also connected on eleven of their tries from three-point land and finished the night going thirty-seven for eighty-six from the floor. Then the Celtics dropped thirty-eight from the field, seventeen from three-point range, and went eleven for sixteen from the free-throw line. Lastly, they had given up fifty-four total rebounds to the Celtics in this Victory. A star player for the Nets is Joe Harris, he went hard in the paint for this Brooklyn Nets team. Harris put up twenty points, four rebounds, and three assists in his thirty-four-minute tenure on the court. He finished the night going six for twelve, granting him a shooting percentage of fifty percent. Another key player for the Nets is Jeff Green, he amassed nineteen points, three assists, and two rebounds in his thirty-five minutes of playing time. When all was said and done Green shot five for eleven in this contest. The challengers the Phoenix Suns are the underdogs going into this game, while they currently own a record of forty-two wins and seventeen losses. Get Started With Casino Sports Betting Through Pay Per Head Services.

The Suns are turning the ball over an average of thirteen times per game, and are fouling at least nineteen times as well. The Suns are grabbing forty-three rebounds per game, and have dished 1,598 assists so far this season, which is the third-best in the NBA for assists. Phoenix has hit 768 shots from three-point range, draining eighty-three percent of their shots from the free-throw line, and forty-nine percent from the field, averaging 114 points nightly. On defense, the Suns are forcing their opponents to turn the ball over fourteen times a game, and are drawing an average of eighteen fouls a night. The Suns as a unit have conceded 1,308 assists, forty-three rebounds, as well as 810 buckets from the field, for an average of 108 points per game allowed. In their last skirmish, the Phoenix Suns also tipped off against the Boston Celtics but had a different than the Nets. Brooklyn went home from this one losing 99-86, Phoenix shot forty-one percent from the field draining thirty-six, they drained six from three-point land and finished eight for nine from the free-throw line. The Suns recorded thirty-eight rebounds, dished eighteen assists, grabbed ten steals, and forced twenty turnovers. On defense Phoenix permitted the Celtics to go thirty-three for seventy-seven from the field, drain twelve from three-point range, and on their twenty-four trips to the line they hit twenty-one of those tries, shooting eighty-seven percent. Lastly, they allowed the opposition to record two blocks, seven steals while dishing twenty assists and pulling down forty-eight rebounds off the glass. A key player for the Phoenix Suns is Chris Paul, he has added so much electricity to this Suns team and has changed their culture and record for the better. CP3 put up twenty-two points, eight rebounds, and eight assists, in his thirty-eight minutes on the court. When all was said and done he shot eight for sixteen, going fifty percent from the floor for the night. Another secret weapon for the Suns is Mikal Bridges, he amassed fifteen points, four assists, and two rebounds in his forty-four-minute tenure for Phoenix.

Bridges was an essential player in this game, he walked off the court shooting forty-four percent going seven for sixteen from the field. This Sunday NBA action is looking to be a good one, the Phoenix Suns have really improved this season ever since adding Chris Paul, becoming one of the best, and most competitive teams in the West. While the Brooklyn Nets making big moves this year having their Big three consisting of Kevin Durant, Kyrie Irving, and James Harden, who are three of the best players in the NBA this season. This Brooklyn team has made a name for themselves in the East and is looking like one of the most promising teams to wins the Eastern Conference Finals this year. ​Top Tips for Getting Started at Online Casino Gambling.

This East Coast vs West Coast matchup consists of two of the best teams, but the only one can be the victor, and at www.AcePerHead.com our pick to win this game against the spread is going to the Brooklyn Nets. They are coming off a win, and they are hot right now and the Spirit of DMX will be watching over them in New York. Ace Per Head features point spreads and money lines. Bet sides and totals for the game, half time or quarters, futures and props, you name it. Straight Bets, Parlays, Teasers, our easy to use software makes it simple to place different types of wagers, yet, if you have any questions on how to place your bets on NBA all you have to do is reach out to our customer service staff by phone, chat or email. Take advantage of the best NBA live lines and odds in the market, make money and enjoy a great NBA Season.