Cavaliers and Warriors to Game 7 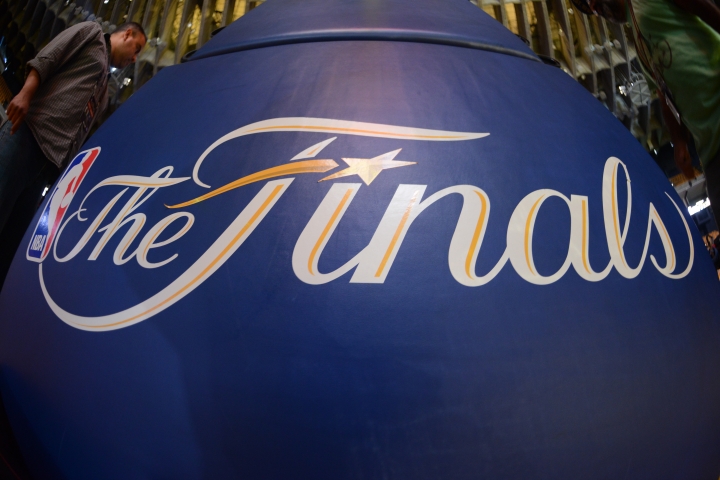 So here we are after 6 exciting games Cav’s forced a seventh game with a 115-101 victory over Golden State. Cavaliers and Warriors tied the series 3-3 and the decisive game will take place this Sunday, June 19 at the home of the Golden State Warriors.

Throughout the entire series the Warriors have remained the favorite to win for odds makers, and it seemed after the first couple of games that it was going to be a short series and another championship for the Warriors; however LeBron James has been putting up a fight and has found a great ally in Kyrie Irving, with occasional help from J.R. Smith and Tristan Thompson, and I do mean occasional because if there is something the rest of the Cav’s are missing that’s consistency. Since the moment we knew the Cavs would be facing the Warriors in the final, the question was always whether or not this time around Cleveland would end up being a one man team yet again, or if this year LeBron would be able to count on the rest of the Cavaliers to step up; so far only one has really stepped up, and that’s Irving, while the rest have their moments. On game 6 alone LeBron’s final numbers were beyond impressive: 41 points, eight rebounds, 11 assists, 16-of-27 shooting from the field, four steals, three blocks and just one turnover.

Back in 2015 the Warriors took the title in 6 games winning 4-2 to Cavaliers. This is the Cav’s chance for revenge. Golden State is frustrated; MVP Stephen Curry had 6 fouls in game 7 which caused him to miss the last minutes of the final quarter, fans were upset about the referee’s actions, many questioned if he was giving the Cav’s the advantage. Regardless, the Warriors have the home advantage on Sunday, will that be enough?

The question now is who will win the NBA Finals? Will the Cavaliers make history and earn Cleveland’s first pro sports championship in 52 years? Will the Warriors be crowned champions again? And most importantly who should we bet on the NBA Finals: Warriors or Cavs?

Here’s my take on betting the final game between Cavs and Warriors … LIVE BETTING. Yes, the Warriors have home advantage, they have Curry, as a team they are superior to Cleveland, and they are angry… (great motivation for a final game); but Curry apparently can’t keep himself from fouling, Andre Iguodala has a back injury and he is key to GSW’s defense and Andre Bogut is out for the final also due to an injury. On the other hand LeBron has shown it only takes him playing at his best, and some help from the rest of the team to make magic happen, and he wants that championship badly. If the opening quarter is a good one for the Cavaliers like it happened in game 3 and 7, the Cavs may take the final game; so go with LIVE BETTING, and bet it as you see it.

AceSportsbook.com offers you great odds, props and Live Betting on the NBA Final game between Golden State Warriors and Cleveland Cavaliers. Don’t just watch the NBA final, bet on it!